Family life is full of differences of opinion. For example, you want your child to wear the blue pants; she is set on wearing the purple pants. Your spouse believes washing and waxing the car is a top priority; you need him to run errands. Your parents want the whole family to vacation together for a full week in the mountains; you’re in for a family vacation as long as it’s not a full week and anywhere but the mountains. Similarly, differences of opinion often flare when it comes to decorating our homes. You want more of an industrial look; your spouse loves the rustic look. Or, you’re all about getting rid of an old, worn-out recliner, but your spouse says, “No way, I just got that thing broke in good!”

Differences in opinion such as these can quickly erupt into full-blown conflict. You know . . . that tug-of-war tension we feel when we both want our way. We naturally want to win, so we “pull” a little harder on our end of that imaginary rope by pleading and bargaining. We sometimes try to bypass conflict by going ahead with our desires rather than consult with the other person (an “ask for forgiveness later” strategy). Or, in moments of near-defeat, we may go the passive-aggressive route in hopes that we can guilt the other person into letting go of their end of the tug-of-war rope. “Fine, have it your way!”

If we get our way, we think, “Great, all is well!” If we don’t get our way, we can build negative feelings toward one another. “You don’t understand.” “You don’t care about my feelings.” “You always have to win.” You don’t like to feel like this, and as importantly, neither do your loved ones.

We Are On the Same Team

Ongoing patterns of conflict tend to be a home improvement issue that I see a lot of in my work with people. Many couples and parents want to live with less strife and more peace and harmony at home. As their “home improvement” helper, I first encourage them to put the imaginary tug-of-war rope down. Let’s stop fighting. We are on the same team.

Not all differences of opinion result in conflicts. He likes salmon. She prefers chicken. His favorite color is green; hers is purple. These are not conflicts, but simply personal preferences. Conflicts arise in a family relationship when two family members disagree on an issue and insist that their view is the best view. A conflict is usually accompanied by strong emotions—often with anger.

We don’t ask for conflicts. They just appear in the normal flow of life. It is a perfectly lovely evening until she says, “I would really like for us to go to my folks for Christmas this year.” To which he responds, “Honey, I really don’t think I can take that for five days.” They have just encountered a conflict.

Conflict is inevitable simply because we are humans. We have different thoughts, feelings, preferences and opinions. The key to family harmony is learning to negotiate conflicts without damaging our relationship. This is where the home improvement tool of compromise is so helpful.

“I’m tired of fighting.” This statement is one that Shannon and I frequently hear in counseling. That sentiment is also a top reason people are willing, or should be willing, to consider compromise as a valuable home improvement tool. If you’re tired of fighting, at some point you have to learn to compromise.

Compromise can mean finding some middle ground between ourselves and the other person. That could be an exact “middle,” in which both sides compromise an equal amount. For example, for the couple who is in conflict about which family to spend the holidays, a 50/50 compromise may be that the two sets of in-laws rotate coming for Thanksgiving and Christmas each year so that each set would come for at least one of the two holidays each year. Or, we may visit them on a rotating basis.

You are still technically getting your way while also allowing the other person to get their way. You’re also potentially eliminating fighting about the conflict by clearly establishing what the new understanding is. I say “potentially eliminating the fighting,” because compromise is not only about finding and agreeing to uphold a new middle ground; compromise is also about attitude change. If we want peace and harmony, we need to have a peaceful, harmonious attitude as opposed to a contentious attitude that contributes to conflict and fighting. In compromise, we are looking for a win-win solution. Contrast compromise with arguing. In an argument, you are each trying to get your way. If you win the argument, the other person lost. It is no fun to live with a loser, so why create one? Remember, we are on the same team.

Attitude is generally a major influence on how we process conflict. I like Shannon’s perspective. “We can see conflict as a pest, or a step. Yes, conflict can be annoying (a pest). But, it can also be (a step) that propels us in our understanding of each other, and our ability to partner together as a team.

A positive attitude that respects the value of the other person makes compromise possible.

How Can We Solve Our Conflict?

When you choose to seek compromise rather than arguing, there are three possible types of compromise. After respectfully listening to each other, and asking, “How can we solve our conflict?” you need to explore these three.

One of you agrees that on this issue, you are willing to go with their idea.

This is the 50/50 compromise we discussed earlier.

We really cannot come to a solution at the moment. So, let’s agree to disagree and perhaps visit this again later. In the meantime, we will love and care for each other.

Sometimes this form of compromise can be a permanent solution. The toothpaste conflict—middle or bottom squeezer? We agree to get two tubes of toothpaste.

Compromise requires some serious sweat equity. That’s why couples and families get into trouble with conflict in the first place—it sometimes seems easier to fight for our way than to work toward peaceful outcomes that are in ours and the other person’s best interest. But, ultimately, if we want peace and harmony, we have to be willing to put in the time and work needed to find a middle ground wherever possible.

Excerpted from The DIY Guide to Building a Family that Lasts: 12 Tools for Improving Your Home Life  by Gary Chapman and Shannon Warden (©2019). Published by Moody Publishers. Used by permission. 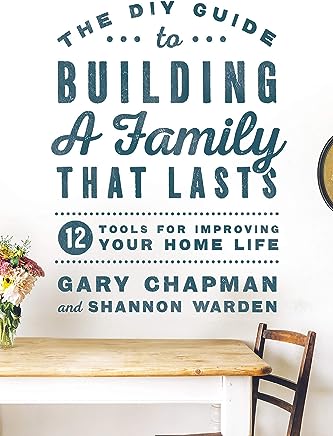 How Do You Make Decisions As a Couple? Follow the Arrows Mending Your Marriage with Words