Why when it comes to decision-making, do we think we ought to just know? We make better decisions by making decisions, not by thinking about making decisions. It takes practice, which is unfortunate, because unlike dancing or driving, we don’t get rehearsals or simulations with decision-making. Every decision feels like a final exam on the first day of class. In my experience, three areas that present the most complicated decision-making moments are faith, vocation, and relationships.

God often gives a faint vision of things before they ever come to be. It’s not a full form, more of a shadow, not focused or clear. It doesn’t come with steps or money or sure things, but it does come with hope. And hope is what keeps you going in the fog. Instead of those black-and-white answers we tend to love so much, what if we began to look for arrows instead?

The first arrow was the arrow of grief. Not my favorite way to start a story, but there it is. After John’s dad passed away during the summer of 2011, we knew things would never be the same for a lot of reasons, the main one being that John was broken open by grief. After the funeral, John went back to work pretty much immediately, back to routine, back to his regularly scheduled life. But his soul lingered with the grief, and it wasn’t long before the disconnect between the pace of his life and the state of his soul began to show itself in the form of panic, sleepless nights, and intense fear.

Because of his difficulties keeping pace with the demands of his highly relational job as a youth pastor, the church gifted him a three-month leave to catch his breath and simply be a person. During those three months, he didn’t check his email, meet with students, see coworkers, or see the parents of his students. He completely disconnected from the demands of work, even putting aside his smartphone. It was about more than quitting a job. It was about coming alive. This transition has been for us slow, deep, and far-reaching.

The Arrow of Desire

Another arrow we had been following for actually quite some time, even before his dad got sick, was the arrow of desire. This, as it turns out, was surprisingly difficult for my husband. After years in youth ministry, we began to notice the parts of the job that brought him life (relationships, small group discipleship, connecting with students on a soul level, teaching deeper life concepts) and the parts that wore him out (traveling, games, programs, hype).

I would try to initiate dream talk, you know the kind: If you could do anything regardless of income or location, what would it be? Even in our hypothetical conversations, he was unable to take pretend risk. His mind simply wouldn’t allow his heart to dream. Logic and limits often get in the way of longing. And longing is key to our growth.

It’s important to be able to answer the question: What do you really want? It can also be scary, but it was only when John and I began to honestly explore the answer to that question in the presence of God that we started to get a hopeful vision for his vocation. But it didn’t come the way we thought it would.

When God Shows Up

During those few months away from work, John traveled to attend a course in spiritual direction in Colorado Springs. We had made these plans a long time ago, not knowing that when the time came to attend, John would be in a place where he desperately needed some clarity. We were hopeful that his time there would bring some answers for his vocational direction. What actually happened surprised us both. God met John during that short time away, turned some things over, and woke some things up.

Upon returning home, John was more aware as a husband and friend than I had ever seen him before.  He wanted to be fully available as a husband and father in ways he had been previously closed off. Looking back, I remember telling people in the months following his return that it wasn’t so much that John had changed but more that he became more fully himself.

This, remember, was during a time where we were looking for some vocational clarity. We kept not getting what we thought we wanted and were handed something we needed instead. We were looking for a good next step and a vision for whether he should stay in his current job as a youth pastor or move on to something else. Instead, all God offered was an arrow pointing from John to me and from me back to John. We wanted to know the way, and instead, God showed us each other.

The Arrow of Relationship

For months we continued to have honest conversations with each other, continued to say prayers in the dark, and continued to seek counsel from trusted mentors and friends. There came a point when the arrows finally led to an ending, and we knew it was time to move on from youth ministry even though we didn’t know what was next.

We started to attend a small church, quietly getting to know a new community, adjusting to our new rhythm, relearning how to sit together on Sunday morning, which, if you’ve been married to a pastor for any amount of time, you know is a really big deal. We learned how to relate in a church where my husband wasn’t on staff. Those six months turned into nearly a year before we actually had any clear indication of what the second half of John’s career and ministry would look like. We walked through some hard days, some pretty hopeless what-are-we-even-doing kind of days where it seemed like the arrows led to nowhere. But we kept coming back to the promise of God, knowing he wouldn’t leave us alone.

God Will Show the Way

It’s been almost seven years since that time of our lives. Looking back, it was maddening on some days; we just wanted clear answers and instead, we got faint arrows—to desire, through grief, and finally to one another.

From where I sit today, with John working quietly in the center of his giftedness as the director of a local nonprofit where he offers soul care and discipleship for pastors, couples, and young men in our community, it’s tempting to forget the uncertainty of the road that led us here.

If you have a big question mark hanging out in your soul, maybe one that has to do with faith, vocation, or relationships, perhaps your next right thing is to take a break from your frantic search for answers and look around for the arrows instead.Click To Tweet

If you have a big question mark hanging out in your soul, maybe one that has to do with faith, vocation, or relationships, perhaps your next right thing is to take a break from your frantic search for answers and look around for the arrows instead. Listen to your personal desire or your mutual desire as a family or a couple, and refuse to be afraid of it. As you take your next right step today, trust that God won’t let you miss your own future. Follow the arrows.

Adapted from The Next Right Thing. Copyright © 2019 Emily Freeman, published by Revell, a division of Baker Publishing Group, used with permission, all rights reserved. 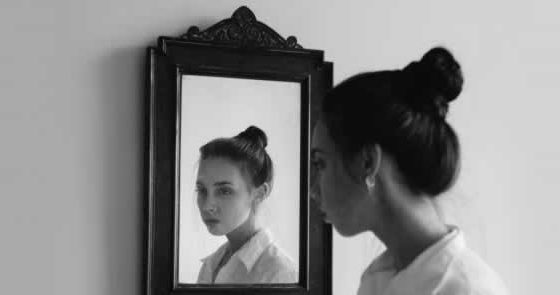 How Can We Solve Our Problems? Attitude Is Key