Last week, while my husband and I were in Colorado, we decided to hike some of the gorgeous trails around Colorado Springs. We headed down one in the middle of nowhere — a four-mile loop. But as we started on the trail, it got harder and harder. Trees blocked our way. Rocks were everywhere. Sometimes we even had to climb through rocks to get to the trail.

After about a mile, we gave up, retraced our steps, and found we had missed the actual trail. We had gone off on a side trail that wasn’t really cared for. Once we found the real trail, all was easy going!

Marriage is a lot like this. If you get off track in the early days, marriage gets harder to travel together. Things trip you up or knock you on the head.

And while everybody makes mistakes, I’ve found some mistakes are worse than others. Some start you on a really difficult road that will be harder to come back from. So don’t do any of these five things!

Marriage Mistake #1: Giving only one spouse access to money or knowledge about the finances

I’ve known six couples where the wife did not have a bank card or access to a joint bank account. She had to ask her husband for money. He controlled it; she didn’t know much about it, even if she asked.

Every single one of those marriages has now ended — or is in serious trouble.

Sometimes, when one spouse (usually the wife) doesn’t work, couples wonder why they should set up joint bank accounts or joint credit cards. But this sets up a terrible dynamic. First, the money isn’t seen as “theirs,” but “his.”

Then, if something were to happen to her spouse, the wife wouldn’t have access to the family’s money to pay the bills. Or what if her husband wasn’t responsible with money? She’d have no way of knowing until the electricity is cut off.

Other couples I know keep completely separate finances, and each pays a portion of the household bills. Again, that sets up a strange dynamic of “his” and “her,” not “their,” money. It makes planning for joint retirement or joint vacations hard. And what if one of them scales back his or her job to care for kids?

Marriage Mastery: From the very beginning of your marriage, share finances. Make a budget together. If you want to keep separate accounts for just a small amount of spending money, I don’t see a problem with that. But on the whole, combine your finances and then save, invest, and spend together.

Marriage Mistake #2: Letting yourself get ticked off

But you don’t HAVE to get ticked off.

Researcher John Gottman, who has studied marriages inside and out and who can predict, with amazing accuracy, who will divorce in the next ten years, has found that showing contempt for your spouse is the number one sign that you’ll split.

If you roll your eyes when your spouse speaks, or cut him off because you think he’s just being stupid again, or in other ways disregard his opinion, then you’re showing contempt. And if you do this long enough, you devalue your spouse in your eyes and then find it easier to justify leaving.

It’s that first year of marriage that often brings the biggest disappointments. You thought his jokes were funny when you were dating, but now he’s not serious enough when you want to have a conversation. His dedication to studies was admirable, but now he’s become boring. He said he wanted to be partners, but he never does laundry. You see all your unmet expectations, and you get ticked off. And then you start sighing. And rolling your eyes.

Marriage Mastery: We’ll always have things that disappoint us in marriage, but it’s your choice what you focus on! Instead of thinking about all the things that tick you off, make it a habit to thank your spouse for two different things they do a day. Concentrate on catching your mate doing good, and you’ll notice more good than bad things!

Before you were married you likely went out and did things. But now you don’t need to go out. So at night you tend to goof off by going on your computer or playing video games. At first that’s fun — you have all this time to unwind! But soon you find you’re not spending time together anymore or sharing experiences.

But if you say, “What do you want to do?” he often doesn’t have an answer. So you retreat to your screens. Then, when kids come, it gets even harder to carve out time for each other, and soon your lives revolve around children, not around each other.

Marriage Mastery: Create a habit of “connecting time” when you share with each other, even if it’s just 20 minutes a day. Go for a walk after dinner; play some two-player board games every night; just do something together daily. It doesn’t need to take the whole evening, but schedule time to connect into your day.

Marriage Mistake #4: Not going to bed at the same time.

Bedtime is the perfect time to catch up about your day, figure out what’s happening tomorrow, snuggle and talk about your dreams or concerns, pray together, and, of course, make love.

But if you don’t head to bed together, you’ll miss out on those natural times to connect. And soon you’ll start feeling much more distant. You’ll feel as if you’re living separate lives under the same roof.

Marriage Mastery:Unless shift work is involved, create a bedtime routine when you both head to bed together, without computers, TVs, or screens. Make the last thing you do cuddling with each other.

If you don’t head to bed together, you’ll miss out on natural times to connect.

Marriage Mistake #5: Not talking about things that bother you

Maybe you have this idea that a good marriage doesn’t have conflict, so you’d rather keep the peace. Maybe you’re just embarrassed and you don’t know how to address something that’s bugging you.

If you don’t talk about the things that bother you, you build up walls. Over time, those walls get bigger, and then they are even harder to dismantle. So whether it’s that sex doesn’t feel very good for you, or you want more help around the house, or you feel lonely when he goes out with friends — talk about it! Don’t bottle it up; that only leads to more contempt (see #2, above).

And here’s something else: Ask for help. If there’s something you want your husband to do, ask him. “Can we spend more time on foreplay, because I feel rushed during sex?” “Do you mind doing the dishes?” “I’ll get the trash ready, but can you take it out to the curb?” Your spouse is not a mind reader, and he doesn’t know what you want. And especially when it comes to sex, guys often appreciate knowing what you’re thinking.

Marriage Mastery: In those times when you catch up, mention the things that bother you. Own your feelings. Solve problems together. When you keep short accounts with each other, you learn how to deal with conflict well. That puts you in good standing for a long life together!

Obviously there are other things couples need to do to make marriage work, like not nurturing relationships with coworkers of the opposite sex, properly separating from one’s parents, and big things like that. But we tend to know those things already. It’s the very little habits we easily slide into that can be toxic a few years down the road. Aside from #1 about money, most of these are little things. It’s easy to get ticked off. It’s easy to stop spending time together. It’s easy to stay up later than your spouse. It’s certainly easy to bottle things up inside.

But if you want a great marriage, stop these things and become more deliberate! You may just find that instead of being rough, the next few years of marriage are actually much smoother and easier than you thought.

Sheila Wray Gregoire blogs everyday about sex and marriage at To Love, Honor and Vacuum! She’s the author of 8 marriage books, including The Good Girl’s Guide to Great Sex and 31 Days to Great Sex.

Download her ebook, 36 Ways to Bring Sexy Back to Your Marriage, for free! 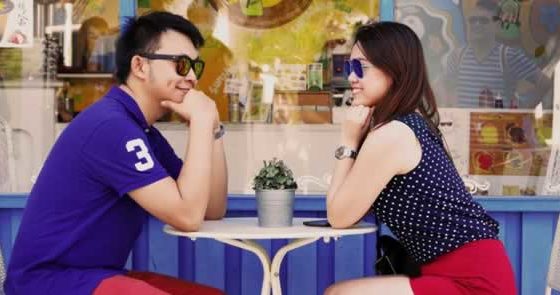 How To Make Your Imperfect Marriage Better