How does a couple know how long to wait for that rebound? How long should they be unhappy?
Well, I think it’s very important, through a prolonged level of unhappiness, that you get somebody from the outside to help you. A licensed Christian therapist can come in and help walk you through that process. There might be something occurring on a regular basis that’s causing that unhappiness to continue almost day in and day out. It may be a husband’s use of pornography or it may be an emotionally abusive wife or something that’s going on, on a regular basis.

What’s interesting is you can get to a point where something like unhappiness, an emotion, can be there for so long it becomes a normal way of life. You often need help from an objective third party.

I hear couples frequently talking about falling out of love. Or, Maybe I married the wrong person. What would your response be to that?
What people feel is certainly very real. But that doesn’t necessarily mean that the feeling is true; many times our emotions can lead us in the wrong direction.

If you have fallen out of love, you can fall back in love. There is a process of falling in love. It involves spending time together. It involves being open, being vulnerable, taking some risk, talking about things that are deep issues, and again spending time with each other and making emotional investments. That’s how we fall in love. And then of course the attraction comes and the other components of what we refer to as “love” follows.

You talk about myths in the book. Expand on that.
A good definition of a myth is something that’s passed down. It’s typically something that has some element of truth, but it’s really a legend.

Conflict, good or bad?
[Laughs] I think it’s good.  When conflict is handled properly in a healthy way, it can actually move us to a better place in our marriage. It’s easy to get into a mindset, where you say, You know what? We’re just not going to have any conflict. We’re just going to work everything out. That’s just not going to happen in our relationship.

For many, many years in my marriage, I avoided conflict. My wife came from a very similar situation and we had to learn that conflict is actually very good. I mean it can move us to a new place, a better place in our relationship. It can move you from Point A to Point B.

Another myth in our culture is that if you have a crisis or ongoing conflict or something like infidelity — the only choice is to divorce. But actually with the couples I’ve worked with, I’ve seen them move their marriage to a place that’s better than they’ve ever experienced before. Marriage still works. Marriage is still good. It was God’s idea in the beginning and it’s still His idea today.  And no matter how difficult a marriage may feel, there is still hope. And even if the other person is unwilling to get help, I encourage you to work on yourself.  Even if they’re completely unwilling to get help, when they see changes in us, it can positively affect the marriage.

That positive effect can have a very productive effect on that relationship. Often if we take focus off of changing the other person and start changing in our own life, it can be such an incredibly positive thing.

Mitch, our attitudes and beliefs affect our marriage, don’t they?
Yes, that thinking plays a major role in our lives. It played a major negative role in my marriage. Through counseling I had to learn how to think differently, how to recognize what’s true versus what’s not true about myself, and I had to go through that process of restructuring the way that I thought.

I saw what worked in the counseling process and began to apply those principles to my marriage. It began to turn things around in a very positive way and I began using those very principles with other couples. It made sense that our beliefs and our attitudes definitely affect how we feel and how we treat each other in our relationship.

For example, if one of my core beliefs in my marriage is that, my wife is supposed to meet all of my needs, well, what happens when she doesn’t? Well, it affects how I feel toward her. It affects how I treat her. If I believe that I’m supposed to be happy all the time in my marriage, if that’s a core belief, then when long periods of unhappiness come that’s going to affect how I feel and how I treat my wife.

You talk about myths in the book. Expand on that.
A good definition of a myth is something that’s passed down. It’s typically something that has some element of truth, but it’s really a legend.

I love the show Myth Busters. Most guys love that show because they blow things up, but one of the neat things about it is that they put cultural urban myths to rest. They find out whether or not they’re really true.

In our American culture there are many myths out there about marriage. There are many things that may have some element of truth to it, but the reality is — they’re false.

For example, back to happiness. Some couples believe that happiness is the most important thing in a marriage. Well, there is some thread to that. Happiness is important. We all want to be happy in our marriage. But what they don’t realize is that it’s impossible to be happy all the time in a relationship. If that’s an expectation, you’re going to be constantly in conflict with each other, and yet that’s what our culture says: That’s what the media says. That’s what movies say. You’ve got to be happy.

I think the implication is that if you’re not happy, then you need to find it somewhere else. And that’s what’s happening in our culture. In this book, we identify 11 of the top myths that seem to be very prevalent in our culture today and we put them to the test. We talk about them and we lay them down beside the truth of God’s Word and we help couples to determine what’s true and what’s not.

Could you give me a few examples of those myths?
You bet. We’ve already talked about one of the most prevalent, that happiness is the most important. But the bottom line, Jim, is happiness is something that comes and goes in a relationship. It’s like my relationship with my kids. As parents, our kids don’t always make us happy, especially when they’re teenagers and they start making those free-choice-choices — they’re just not going to make us happy.

We’re still committed to those kids and we would die for those kids. We love them. The fact that they make mistakes and they don’t always make us happy doesn’t change our level of commitment.

And the same should be true in marriage. When we got married it was for better, for worse, for rich or for poor, for sickness and health, happy or not happy. We made a commitment because happiness will come and go.

So, you need to hang in there …
Yes. One study a few years ago researched couples who said that their marriages were very unhappy, and yet they stayed together — they didn’t divorce.

Five years later the researchers went back to these people and said, How are you now? And over 86% of them said, Well, now we’re very happy. And they asked them, What did you do? Did you go to counseling? Some of them did, but a majority of them didn’t. They just made simple changes. They made changes in the way they interacted with each other, they read books, they went to a marriage seminar, or many of them just hung in there long enough for the stressors to go away: financial issues, job issues, parenting issues. The fact that they hung in there seemed to be the most important factor in being happy again. Happiness will come and go, but it doesn’t mean your marriage is doomed.

As a guy who’s been married 30+ years — with a track record of happiness and unhappiness — I know that sticking it out is a worthwhile thing.

Mitch Temple is the Director of Marriage at Focus on the Family.

Have you tried traditional counseling; is your marriage in crisis and you want out? Don’t give up. Checkout Intensives at mitchtempleonline.com A Conversation with Kathi Lipp 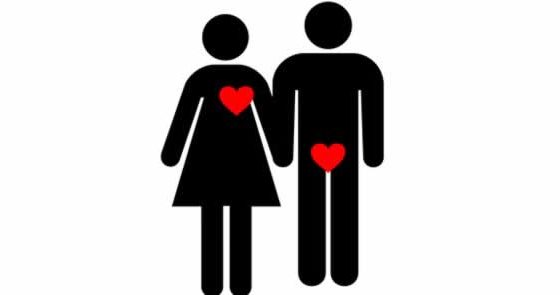