A conversation with author Connie Grigsby and her book, How to Get Your Husband to Listen to You …

Connie, what would you say is the biggest mistake women make when they try to talk with their husbands?

I think one of the things many women do is they place such high expectations on their husbands to communicate, talk, and listen in the same way they do, in the way that a woman does. The reality is we’re wired differently. Men are much more short, direct and to the point. They don’t go into as many details. They may not listen as intently as you wish they would.

My husband may listen while he’s puttering in the garage but he says, “I’m listening.” And what I’m thinking is, Well, then stop and look at me. So until we take some of those expectations off of the husband, I think we’re going to continue to be frustrated.

Why does trying to make a husband see things the way his wife does not work?

I tried this last night and it hasn’t worked for me in 28 years. It’s because men are their own person. They often have their own point of view. So many times a woman can shoot to the bottom line so much faster than a guy can. A guy needs processing time and when you say, “No, this is how it is and this is how you should see it”, even if you’re right it only frustrates him. It starts to shut him down. He does have a right to his own opinion. He may disagree with you. He may be wrong, but that’s not the point. The point is, give him his space, give him his opinion, give him his thoughts, and keep the relationship moving forward.

You talk about “using God’s roadmap instead of your own.” What does that mean?

God’s roadmap says, “Okay, gals, let’s be humble. Let’s have an inner gentle, quiet spirit.” That doesn’t mean you don’t say anything or you don’t have a brain. It just simply means: Let’s treat our guys with respect and let’s pattern ourselves after God, which is the model of humility.

When you can step into that mode, you are the one that becomes free. You may be thinking you’re setting your husband free because all of a sudden you’re taking some of this pressure off of him. But in reality, you’re the beneficiary of your own actions. When you follow God’s roadmap, when you become like him and just have that gentleness and that basic kindness, you begin to feel differently about yourself, as well as your husband. It’s the most amazing, mysterious thing.

Yes, [Laughs] we need to learn “male speak.” Every woman out there reading and many women that I’ve counseled with will say, “Why don’t the males have to learn “female speak”? And the deal is most guys just aren’t going to learn that. It’s not their native tongue. You’ve heard that joke about “men are like a jet flame that has an on and off button and women are like the big computer thing that has a million on and off buttons that crisscross the thought processes.”

So I don’t think guys are going to adapt to our way of thinking. If we can adapt to theirs, understand how they think, understand that what they say, most times it’s not personal. They’re not intentionally trying to frustrate us — we’re both going to be a lot happier.

In your book you talk about women who interrupt their husbands. If you really want him to hear you, stop interrupting him, right?

That’s so true. I remember a friend of my husband’s was telling a story. I kept filling in the blanks, trying to get him to move along. He reached out and put his hand over my mouth and said, “Stop interrupting me”. I had frustrated him.

So, if you want to hear the guy’s thoughts and you want to hear what he’s thinking, he may say it slower. He may say it more roundabout. He may not get to the point, but don’t interrupt. Don’t roll your eyes. Don’t sigh. Give him the respect that you would give your boss, your superior, and your dear friend because your husband is actually a higher title than any of those.

As I was listening, I was biting my lip. I’m usually the eye roller over excessive details.

Is hinting common with wives?

That’s so true with wives and women, in general, because for most of us that’s part of our graciousness and charm. That’s how we see it. We don’t say directly, Do this, this and this. We present it in what we consider in a bit more gracious, charming manner.

For instance, if a woman was exhausted and wanted to go out to dinner, she might call her husband at work and say, “Oh, darling, I’m exhausted. I’ve had a horrid day. I don’t know what on earth we’re going to have for dinner. I can hardly even think straight.” She’s setting her husband up to say, “Let’s eat at Taco Bell.” But he may say, “Well, why don’t you fix lasagna?” And then she’s totally irritated because he didn’t catch that fishing line that she was throwing out.

I was doing an interview a few weeks ago. The host said, “I used to try to decode my wife’s hints, but when I did I was in more trouble than when I didn’t because I never decoded them right.” So it just kind of cuts to the chase if you can say, “You know, honey, I’m exhausted. Would you mind if we ate at Taco Bell tonight? A husband can get that but they don’t get those subtle references that our girlfriends and sisters often get.

What would you say to women who have hit the wall?

That really chokes me up because that was such a long period in our marriage.

Wes and I have scratched and clawed for where we are now because marriage wasn’t easy for us. Our personalities are so different. So if a woman finds herself in that situation, I would say, “Take one small step to begin to correct that shift.” So often you think, “There’s so much that’s wrong here; nothin’s gonna fix it. I may as well give up.”

But I’m telling you it can be the smallest act that can be a turning point in a marriage.

If you could begin to think of one thing you admire about your husband and then say at an opportune time, “You know, honey, I was thinking about you today. I know we’ve had some difficult times but I was just thinking how I appreciate so much that you do — maybe it’s go to work, maybe it’s help me take care of the kids.” One small thing can begin to soften a heart and literally do a U-turn for a marriage. You don’t have to get it all right at once. Take one step to begin to invest in your husband today.

What would you say to husbands, having been there myself, in that communication frustration?

I would say to guys to remember that a wife’s number one need is to feel loved and nurtured. If you said, “I love you” when you asked her to marry you and “I love you” at the altar and on the wedding night, you may think the deal may be closed. But she needs to feel that love. She needs to see that love every day.

The best thing I think you can do is to reinvest in her and let her know, I love you. So say those words, “I love you”. Not, “Love you, baby”, as you’re heading out the door over your shoulder. Stop. Look her in the eyes. Hold her in your arms and say, “Have I told you lately how deeply I love you, how precious you are to me?” I’m telling you that will melt an iceberg of a heart. Women long to hear those words.

So many women say, “I can’t do this. I can’t take the first step. I’m not wrong. I’m not gonna move.” And I say to them, it takes an incredibly strong woman to change, to be the one to initiate change. It doesn’t take a weak woman to be the one to change. It takes strength to change, especially when you think you’re right. So make one small step today and start turning that boat that’s headed in the wrong direction around. 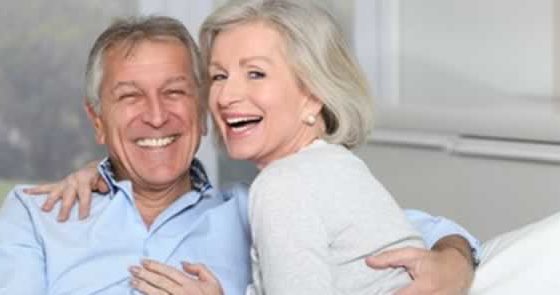 Decide to Build a Love That Lasts A Conversation with Warren Barfield