What if God is calling you to grow deeper with him, but your spouse didn’t get the memo? Can intimacy with God divide a Christian marriage?

This question plagued me the first several years of our marriage, because I was all in, freshly recommitted to the Lord, and my husband was tired from being in Christian communities of legalism and hypocrisy.  While I went to discipleship group, he played poker with his buddies and watched TV. While I listened to praise music, he drank in sports radio. While I read the Bible every morning, he snoozed his alarm more than once. Even sharing with him what I experienced in my time with God became a hostile experience that left me feeling alone, misunderstood, and disappointed — and my husband feeling inadequate, judged, and disrespected.

We were both Christians who loved Jesus. Why would our marriage suffer from my growing walk with Jesus?

We were fairly quick to identify that our personality differences played into the division we were experiencing.  I’m self-disciplined, like to set goals, and am motivated by immediate action. My husband likes to marinate in an idea before change; he likes to problem solve and vision cast, and is motivated to wait for organic inspiration. Neither of our personalities is better or worse. In fact, in our marriage team, we make the other better specifically because of our differences. But although we both desired Jesus, my instruction and even my encouragement forced him to take on a pace at which he hadn’t decided to move. He tried to read his Bible and go to discipleship groups and listen to podcasts, but because it was my timing and will for him and not his own, it felt false. Understandably, he stopped doing those things and became even more intent on allowing himself to decide what he wanted to do for God and when.

The Problem of Pride

I was fighting to make my husband desire what I wanted. If it was good for me, surely it was good for him, right? If I could get up early to read the Bible, then he could too, and if he loved God, then he should.

The problem with this battle is that our relationship with God isn’t driven by others. Only God can initiate a spiritual life and relationship in someone. He is the one who gives us a hunger for him. Surely we can position ourselves to receive more of him, but even that positioning must come from our own desire for God and not from another’s, or it will be in vain. We cannot change someone else, especially not their relationship with Jesus. Attempting to do so usually creates wounds that need to heal before genuine growth with Jesus can happen.

Whether my judgment created an insecurity in my husband or whether it was already there and I simply triggered it, we will never know. But it doesn’t matter. What manifested in our marriage was a mirror that showed my husband who he wasn’t. By telling him who I wanted him to be as my husband and as a spiritual leader — and because I said it with pressure, instruction, and disappointment rather than with championing patience and hope — it became a backwards way of telling my husband he wasn’t good enough. The battle he was fighting was to prove his worth to me and to himself. I had thrust this battle upon him before he was ready to choose it himself.

From my experience in ministry, I’ve found it’s not uncommon for a wife to be more spiritually mature than her husband (and I mean that in the genuine sense of a rich and permeating relationship with Jesus, not just the outward sense of bearing fruit). But for being common, it certainly isn’t easy. One of three dynamics usually begins to take root: 1) the husband begins to settle into a role of apathy, letting his wife be “right” about his spiritual walk and deferring the spiritual life of the family to her; 2) the husband resents his wife’s implication that he isn’t spiritual enough, and he pursues a bitter and disingenuous life of deeds for God in order to gain approval from her and especially from others; or 3) the husband outwardly defers to his wife’s spiritual leadership but inwardly chafes at what feels like a loss of opportunity for him to be himself and grow with God at his own pace, in his own way. In all these dynamics, spiritual communication between husband and wife can become too threatening. Instead of sharing with each other honestly, they leave only clues about their relationship with God by their spiritual deeds, fostering a culture of judging one another.  Peace will not come in a marriage centered on judgment.

If a husband doesn’t believe he can lead the marriage, he likely will not try. If he doesn’t believe he will ever “catch up” to his wife spiritually, he likely will have trouble realizing his relationship with Jesus isn’t a competition. He likely will forget that he is loved by Jesus as he is, not only when he becomes a better man. He can become content to let God only use his wife to shape the spiritual DNA of the marriage and family; it becomes her deal. He will settle for going through the motions because that’s what he’s good at and what feels safer than growing deeper with Jesus.

The division caused by what feels like unequally growing relationships with Jesus (which is actually caused by pride) can grow rapidly and fester under the poison of resentment. This is partly why the Bible discourages us from marrying unbelievers. The division is too painful to maintain, so it often results in pulling the believing spouse away from God. But even in a Christian marriage, we will all deal with this division to some degree because we all ebb and flow in our relationship with Jesus.

The Secret to Stopping the Battle

Here’s the secret that took me more than five years to figure out and will undoubtedly take me the remainder of my days to improve upon: Growing with Jesus means growing in love, peace, goodness, gentleness, patience, self-control, joy, kindness, and faithfulness. When Jesus is our genuine desire, our hearts become better. Our marriage also becomes better as we work out this new self in our marriage. If it doesn’t, it’s likely we’re pursuing deeds, not a relationship with Jesus.

When I was lost in this battle against my husband because of my growth with Jesus (no, no . . . because of my pride), I was actually coming face-to-face with fear of losing control over my marriage. That fear had to come forth before I could repent of it. But rather than press into the perfect love of Jesus that casts out fear, I pressed into the fear.

Diving deeper with Jesus often brings out the worst as well as the best in us because the more we see Jesus for who he is, the more we see how much we need him. That can feel really uncomfortable, so we react poorly. All our negative responses and habits — these symptoms of pride — often feel even greater at first because our hearts no longer identify with them, yet we still have to reckon with their presence in our lives. It’s a process of undoing and redoing.

Fortunately, Jesus is a patient God who doesn’t give up on us. As his character colors more of our daily conversations and encounters, our responses and habits begin to genuinely change. And that is when our spouse will notice that we are actually for them. We are their champion, not their competitor. We are their advocate, not their enemy. Our words bring them encouragement, not damage.

First Peter 3 and 1 Corinthians 7 both talk about spouses growing in their relationships with Jesus because they watch the other spouse grow in theirs. Words rarely make people change, but the love of Jesus modeled in our lives is powerful inspiration. That was certainly true for me. After I stopped trying to control my husband’s spiritual life, he started taking ownership of it and started genuinely growing with Jesus. He had wanted to — but I had strangled the opportunity from him.

So if God is calling you to sacrifice and surrender in order to know him more, do it. Take his invitations to know him more. Take them at whatever cost because when it comes to your marriage, his love will work for good — if you get out of the way and pray in waiting and hope.  God cares deeply about marriage, about your marriage. Growing closer in God’s love is meant to strengthen, protect, and invigorate your marriage relationship. Move forward in faith, humility, and grace, and over time, your marriage will be blessed with love, peace, goodness, gentleness, patience, self-control, joy, kindness, and faithfulness. 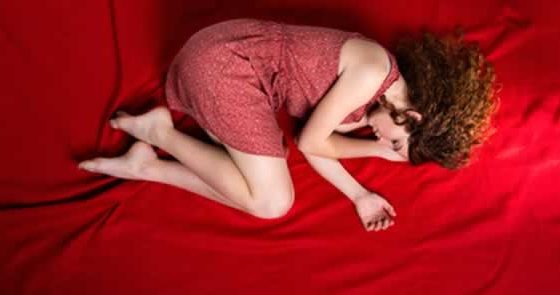 In the Aftermath of an Affair