My husband, Ron, admits he used to be a jerk. But then I discovered a concept that turned him into a loving husband: I started treating him like a V.I.P. Ron always wanted me to respect him, but I thought he had to earn it — and I had to feel it — before I could do it. Wrong.

We women are very good at pointing out our husbands’ faults and failures and punishing them for not meeting our needs—but that only leads to discontent and distance in our marriages. We all know that yelling, nagging, and belittling are disrespectful and ineffective. So I’m suggesting a radical concept: Treat your husband like a king, and eventually he’ll begin to treat you like a queen.

Instead of waiting for him to earn your respect, behave respectfully and watch him grow into the man God designed him to be.

I was controlling, critical, and disrespectful, so my husband was defensive and angry.

Thirty-eight years ago, our marriage was on the brink of divorce. I was controlling, critical, and disrespectful, so Ron was defensive and angry. We were both Christians but neither of us was living a Spirit-filled life. I was letting my emotions determine my actions and thought it was Ron’s job to make me happy. But through a series of miracles, we made a decision to rebuild our marriage.

We went to a Christian counselor who read Ephesians 5:33: “Nevertheless let each one of you in particular so love his own wife as himself, and let the wife see that she respects her husband.” Then the counselor said, “Nancy, the only way you will win Ron back and stay married is if you begin to respect him.”

I knew he was right, so I swallowed hard and came up with a plan. Here are three of the ways I began to respect Ron. They are easy to remember because they spell out the goal—to treat him like a V.I.P.

Respect him Verbally, Intellectually, and Physically.

Cut out (okay, cut back on) complaining and add in compliments.
If you want to have a peaceful, happy marriage, learn the art of the compliment. Compliments are like magnets; the more you compliment your husband, the more he will be attracted to you. Begin to notice when he does something right and verbally encourage him by complimenting him at least once a day. If you’re having a hard time thinking of anything to admire, consider these categories: physical traits, mental skills, financial strengths, spiritual growth, or healthy relationships with others (children, parents, or friends).

You may be asking, “Hey, why should I compliment him when he NEVER compliments me?” It’s because if you want your marriage to bloom, you’ll have to water it with kindness and encouragement. Then, as your husband sees your sincere efforts, he will begin to change too. Don’t give up.

If you do need to bring up a difficult issue, place it between two compliments, also known as a “compliment sandwich.” Here’s an example: “Honey, I know how hard you work for our money and that Sally’s braces will be expensive, but I need your decision before her appointment tomorrow. I hope we can do this for her, but if you want to wait, I trust your judgment. What should I tell the orthodontist? ”

Men like to solve problems and fix things. So appeal to your husband’s intelligence by asking him to help you solve a problem. Instead of saying, “This garage is a mess, clean up your camping stuff!” try, “I’d like your help with something. Could you figure out a storage system for all the camping supplies?”

Request your husband’s help on spiritual matters too. Ask him to explain a Scripture passage or ask him to pray for you when you are going through a difficult time. If your husband is not the spiritual leader in your home, continue to pray for him and ask him if there is anything you are doing that is hindering his relationship with God.

Men don’t give a lot of weight to feelings—give your husband facts and he’ll be more likely to listen. For example, if your husband wants to buy a car that you think is too expensive, don’t launch into a hissy-fit; instead, write out your monthly expenses and ask him what other things should be cut out in order to buy his car. Let the facts speak for you.

When you cannot reach an agreement, instead of trying to wear your husband down by nagging or crying, ask, “Is that your final decision, or can I still try to convince you?” If it’s his final decision, then honor it. It’s freeing—let him carry the responsibility of your family.

Ask your husband what he would like you to do and then do it. Find out what his top three needs are. Ron likes the laundry done, physical intimacy at least twice a week, and for me to keep my “girly-make-up stuff” off the bathroom counter. If these top needs are met, he’s more content and easier to get along with. I know it sounds simple, but each of us has different things that make us feel loved and appreciated. You won’t know what he wants unless you ask him.

Be aware of your body language. You can communicate disrespect by rolling your eyes, crossing your arms, or slamming doors. Reflect your new decision to respect your husband in your heart, mind, and body.

Change your attitude and actions. 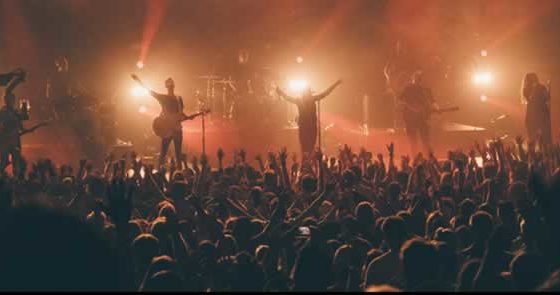