Tammy walked into my office defeated. The way she walked, slowly, deliberately, and practically dragging her purse, suggested a weariness I’d seen in her before.

“Another fight?” I asked as she slumped into her chair.

“More than that,” she said. “A major blowout. I’m exhausted. We fought about his relationship with his mother again. I just wish she would move to Timbuktu. If only she did, we’d be rid of one problem.”

“Yes, but that problem really isn’t the problem,” I said. “The problem is the way you and your husband deal with conflict. It’s not any one issue, but rather the way you deal with issues.”

Myths about the problem

Tammy had come to her counseling session with the same poor habits you may use: slipping into the same old ways of responding you’ve been using for years. You believe the issue is one thing, when in reality it is likely the way you deal with the issue. Your problems, as you’ve defined them, are not really the problems. Yes, this is a radical thought, and I’m telling you that if you will blast some holes in your current thinking—and the distortions that support them—you will discover relief. Let’s examine what most people see as the reasons for their fighting and the myths that support them.

Many marriage counselors now agree that fighting does not clear the air but actually escalates the problems. Fighting accentuates your anger.

Fighting Is All About the Other Person

No, fighting is always about both partners. If you’re in a fight, it means you’ve accepted an invitation to a fight—which you do not need to do.

Not only does arguing not clear the air but it can also cause irreparable harm. Think about the fighting you do in your relationship. Has it ever brought about anything good? Unlikely. Until you see this behavior as damaging, dangerous, and unhealthy, you may not be motivated to change it.

No, fighting is always about both partners. If you’re in a fight, it means you’ve accepted an invitation to a fight—which you do not need to do.

What if you were to look at each problem as a symptom? Lucy O’Brien writes in an article “Fighting in Relationships Is Painful and Pointless But How Do We Stop?” that fighting is nearly always a symptom of two people feeling insignificant, abused, or taken for granted.

Consider Tammy’s situation again. She believed her problem to be her husband’s mother, when in fact they still argued even when his mother was not the focal point. Focusing on his mother distracted Tammy and her husband from their real issue—not having effective problem-solving skills.

Just as with any malady, you can’t help yourself until you have stepped back, examined your pain and symptoms closely, perhaps even obtained expert advice, and then embarked on a journey of healing. The same is true of fighting—we must look below the surface, find our patterns of responding, and consider new ways of acting.

When we see problems as opportunities, we won’t shame and blame ourselves or our mate. We will embrace our problems, identifying them as symptoms of something that needs to be changed.

Embracing problems is rarely the approach we take. Most people utilize the age-old pattern of denial, which stands for Don’t Even Notice I Am Lying (to myself). Yes, most people push problems away. They fight, make up, fight again, make up again, and never really stop to review what they are doing and how it doesn’t work. They don’t pull problems close and use the information to change long-standing pattern of dysfunctional behavior.

Why is this? Because as much as we espouse change, we actually shun it. Take note of how often we avoid going for marriage counseling. Deep within we know we need help, yet often out of false pride we believe we should be able to handle problems ourselves. We make resolutions to change, to stop the fighting, only to slip back into the same patterns of bickering. We have good intentions but it all stops there.

The ways things should be

Every emotional struggle offers a window into your souls and an opportunity to change. Every fight will bring opportunities for you to understand yourself, your mate, and new possibilities for growth.

When a problem arises it will usually reflect some deeply held value—the ways things out to be, according to one spouse. If you can loosen your grip on your opinion, and instead together talk your values and preferences, you will creatively find solutions to your problems.

Giving up judging and shaming each other will be a monumental undertaking but will yield huge positive results. As you dissect the power struggles and fights in your relationship, I suspect you will uncover the cancer of the “should” and insistence on things going a certain way. Holding an inflexible attitude about doing things allows for little exchange of individuality in your relationship and is a sure way to create conflict.

Consider the following dialogue, illustrating the old and the new way, free from shame and judgments:

Old way: We really shouldn’t spend that much money on a new television that we use for only an hour a day.

New way: I’m uncomfortable spending that much money on a television. I would prefer we found a smaller one that had just the same quality.

Old way: I don’t know why you won’t go to church with me. We should attend church every week to really be part of the congregation.

New way: I would prefer to attend church on a weekly basis. Let’s talk about what you and I both want and work something out.

Notice the new ways let go of any should, relinquishing the belief that one way is the right and only way. In this new way of thinking, we are required to let go of the false notion that we have a corner on the truth. Truth becomes something a bit more nebulous, and this will be more challenging for some than for others. For “truth tellers” who have prided themselves on their ability to use logic and find solutions, seeing the world of grays instead of black and white will be a challenge—yet necessary.

There is a better way than thinking we know it all and that the world would be a better place if it simply conformed to our views and desires. Remember, the problem is not the problem; the problem is our inability to handle conflict. To never fight again, there must be change, and the change begins with us. My challenge to you is to doubt yourself and to understand that your values and preferences are unique to you but not necessarily “right.” See any fights as opportunities to step back, change your mind, and take a new action.

This is the better way.

David B. Hawkins, PhD (aka “The Relationship Doctor”) is the author of Never Fight Again . . . Guaranteed and director of The Marriage Recovery Center. He has been helping couples in crisis restore and revitalize their relationships for more than 30 years. He is a weekly advice columnist for Crosswalk.com and CBN.org. He and his wife, Christie, conduct weekend marriage retreats for churches, women’s ministry conferences, and singles’ ministry retreats. Dr. Hawkins has been previously featured by media outlets such as Focus on the Family, The 700 Club, Time for Hope, Trinity Broadcasting Network, Moody Bible Radio, and The Janet Parshall Show. Dr. Hawkins lives in Bainbridge Island, Washington. Find out more at MarriageRecoveryCenter.com. 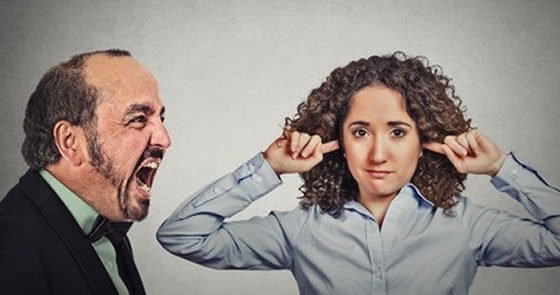 Boss Your Feelings Around!