Why is it that some marriages seem to be so naturally healthy, warm and fulfilling? How is it that some spouse’s seem to be so comfortable with each other? They have a grace,acceptance and affirmation for each other that is tangible and never forced or awkward.How does that happen, especially when my own marriage seems to be such hard work?Is the effort required for me and my spouse to get along a sign we were not really meant for each other? Is marriage really supposed to be this hard? Why does it look so easy for others and so hard for me? It just isn’t fair!

I can remember it like it was yesterday. I was a sophomore in college and frustrated at my lack of progress academically. Why were my grades consistently B’s and C’s? I matched my effort with my friends and they consistently received A’s on their exams and papers while I could only accomplish B’s and C’s. I studied side by side with these friends making sure I read the material to be tested on just as many times as they did. In quizzing each other I would perform equal to them, but on the actual exam they always somehow did better than I. It just was not fair. It appeared as if my dream of someday going to graduate school and becoming a psychologist was slipping away. Maybe I just wasn’t graduate school material. Maybe I had heard God wrong. Maybe I wasn’t called to study psychology after all.

While all these thoughts flooded my mind, an important insight came to me. How could two students seemingly doing the same amount of preparation not get the same grade? Our efforts were closely matched but the results were very different. My friends would consistently receive test scores several points higher than me. Then it hit me, “Grades are not fair!” I didn’t necessarily like the insight but it was liberating for me when I stopped fighting the obvious. Grades area bout performance. If grades were fair they would be awarded according to relative effort, similar effort would yield similar results, but that is not how it works. The farther down the line of maturity I seem to go the less relative effort was enough to achieve what I wanted. To win opportunity, relative effort is not enough. Effort must be matched to performance. In other words, the effort expended must be commensurate with the performance results for which I’m looking. When I accepted and even embraced this truth, things started to open up for me academically.

My first step was to stop comparing my efforts at preparation to my friends. I had been using the relative effort formula. If my efforts were relatively the same as my friends I should achieve the same results. This did not work and I had to give up that measure of effort. I could certainly learn from the methods of study others used but it was time for me to discover what would be needed for me to have the results I wanted. As a sophomore college student I began the quest to determine what price I would need to pay in order to get the results I wanted. I wanted A’s, what would I need to do to get them?I immediately discovered that I would need to work twice as hard as the friends I had been studying with. Not fair, but when the double effort began to produce results I felt not only encouraged but empowered as well.

My last two years of college I had only two Bs, a ceramics class of all things, and a class in psychology of personality (I don’t remember what happened with that one). My other grades were all A’s. I discovered a very important lesson those last two years of college: to achieve something really important to me I would have to stop looking at others for my measuring stick and find what was necessary in me to achieve what I wanted.

I believe this same insight can be applied to marriage. At National Institute of Marriage we work with couples from all walks of life with varying degrees of intelligence, families of origin and economic circumstances. In the same way that “Grades are not fair,”marriage isn’t fair either. We don’t all begin marriage with equal preparation, support or insight. Some individuals enter marriage having been raised in home environments with wonderfully affirming and supportive parents. These individuals possess secure self-esteem and confidence about being able to be successful in relationships. Others begin marriage coming from home environments and experiences in adolescence and adult hood predisposing them to distrust others, even those they love. These individuals feel enormous vulnerability at the thought of disclosing their private hopes and fears,leaving them frustrated at how to build closeness when they are instinctively guarded. Itis not an even playing field when it comes to marriage. Some of us just simply have more challenges than others.

Rather than the unfairness being a cause for despair, its reality can set us toward personal discovery and empowerment. If I wallow in the self-pity of, “This shouldn’t be so hard,why does love have to be so hard, shouldn’t it be easy?” I won’t ever free myself from the bondage of being a victim of my circumstances, injustices, and past hurts. If on the other hand I see the opportunity to leverage what I do have, what I do know, what I can accomplish, I may begin to experience progress that is rewarding and fulfilling, inspiring more effort and confidence. We don’t all have everything we think we need, but we all have something we can use to go forward. Ultimately, this is probably what separates couples who grow and get stronger from those who falter and despair. The growing couples leverage what they have and are acquiring, as well as celebrating their progress along the way. The faltering couples succumb to the lie of helplessness and despair.

The couples who have inspired me as a therapist are not the couples who seem to have the easy “natural” relationships. No, the couples who have inspired me are what I call, “statistics busters.” These are the couples who because of background and circumstances should not make it as husband and wife. They were handed legacies of abuse, neglect, addiction, poverty and failure but somehow find the courage to rise above what was handed to them to really “grow up” and become people of integrity. These individuals demonstrate a courage in loving that most of us can’t even imagine. Someone who loves when they have no earthly reason to love gets my attention and respect. I learn from these individuals every time I have the pleasure of meeting them. They have become my best teachers in how to establish loving, fulfilling marriage.

Readers, I’m sorry. Marriage, even love itself, is not fair. Maybe that is by design, I don’t know. I do know, as Paul wrote in I Corinthians 13, “Love never fails.” I seem to make more progress when I ask, “What will it take for me to love like Jesus loves? What is my personal path to integrity, health and wholeness look like? Lord, show me the path you have for me.” This is in sharp contrast to the perspective, “I’m a better husband than_______, my wife doesn’t know how good she has it. I’m making an effort here, this shouldn’t be this hard!” I have not been impressed with where this last line of thinking has taken me. Just like I had to wake up as a college student to the truth about grades and how they work, I’ve had to wake up to the truth about myself and my mate and what we need to do so we can have the marriage we want. What we have to do probably doesn’t look like somebody else’s marriage. We probably have to work harder in some areas and less hard in other areas, but that’s ok. It’s our marriage! In the end we are accountable to God, ourselves and our children for the marriage we create. Your marriage is yours to create. I would challenge you to discover what it is that is necessary for you in the journey. You are not alone in your search, God is able and ever ready to guide and direct you. A great marriage is worth pursuing. Just be wary of what you use as your measure or whether you’re making enough “effort.” After all, marriage is not fair.

As always, any comments or questions you have about this column or other issues you would like addressed please email me at aftercare@nationalmarriage.com. I so much enjoy the responses folks are sending to this column. I will try to do my best to either address your concern in a future column or respond to you directly. God Bless You, and know we at National Institute of Marriage are praying for you.
Copyright © 2013 National Institute of Marriage. 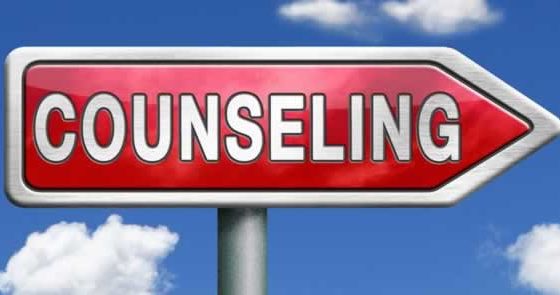 Making the Most of Counseling