In my marriage, I wreck the cars. Keith wrecks the laundry, but that doesn’t cost nearly as much. Of course, Keith recently backed into a tree and shattered our van’s windshield, but since this was his one and only infraction in our whole marriage, we viewed it as an aberration rather than a pattern. Then, when he went to buy a new car this fall, he bought a standard. I can’t drive a standard. So I can’t drive his car. I’m still trying to figure out if there’s some hidden meaning there.

Keith and I have other differences, too. Keith has the “all the lights in the house must be turned off if not needed” gene. I’m missing that one. His idea of a relaxing afternoon is to do absolutely nothing. I like taking energetic bike rides. He likes war movies. I like Jane Austen. We’re a strange pair.

And yet, what most often occurs to me is how alike we’ve become.

I tend to be on the shy side. Today I make my living speaking at women’s events and retreats, often in front of large groups, which doesn’t bother me in the least. But parties, where I have to talk to one on one, are stressful. It’s not natural for me.

It’s not natural for Keith, on the other hand, to shut up. And as we’ve been married, he’s taken me to so many parties that I’ve begun to open up. But he’s also started to quiet down. Had we not married, he might have been even more gregarious, and I may have become more introspective.

Or take food. I crave sweets, but not fat or salt. Keith, on the other hand, once drank a cup of bacon grease because someone dared him. If Keith hadn’t married me, he’d likely be a lot heavier than he is right now. And I’d probably still never know how wonderful real butter makes everything taste.

I’ve always loved to travel, and even before we were married I had seen a lot of the world, self-funding many summer missions trips. My touristy adventures, though, were largely confined to museums and tourist attractions. Keith, on the other hand, likes to get to know people. Over our years together we’ve ventured further abroad, most recently to Kenya. Within five minutes he knew our driver’s life story. The porter in our final hotel told him all about his education. People to whom I would never normally talk Keith finds a way to draw out, and I’m gradually learning, too. If I had my initial instincts, we would have seen the world, but only from a distance. And if Keith had his, we never would have seen it at all.

Over the last sixteen years we have changed. I am not the same person who walked down that aisle, and he isn’t the same one who was waiting for me. I loved him dearly then, but I love him much more deeply now. Just by being with each other, we change each other.

And isn’t that how marriage is supposed to be? If marriage is supposed to reflect Chirst’s relationship with the church, then it has to have an impact on us. After all, God predestined us to be transformed into Christ’s likeness (Romans 8:29). As we walk with Him, we start to reflect Him, or at least we should. So shouldn’t that be what marriage does to us, too? As we walk together, we start to reflect each other. And I think that’s a beautiful thing.

But it should also be a warning to those of us thinking this Valentine’s Day that there is that one perfect person waiting for us out there, that one person that God made just especially for you to complete you. I don’t think that’s the Christian view of marriage. It borders on selfishness, doesn’t it? It says marriage is all about me getting what I need, not marriage is all about God making me into the person He wants me to be.

I don’t think marriage is a matter of finding the perfect person as much as it is becoming the perfect couple. And the more time you spend together, the more you just might find that you’re becoming made for each other, after all. 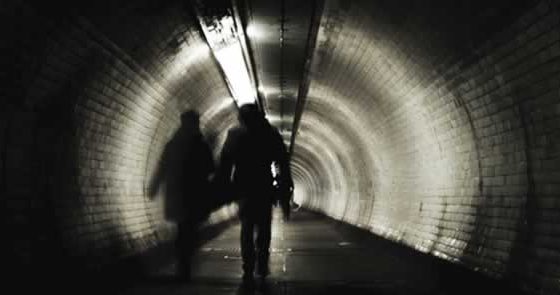