Sitting across the table from my beautiful friend in the quaint coffee shop, my worry mounted. She was sharing details about her new whirlwind relationship that had begun a couple months earlier.

“I finally met that guy I’ve been talking to on the Internet. After calling and text messaging constantly for the last two months, we decided to take it the next level — so we met half way last weekend. It was amazing. He’s perfect for me! He is so kind, smart, funny, dynamic?he is too good to be true!”

Exactly! I thought to myself.

“And did I mention he is financially secure? Not that money is mportant.” Her apparent excitement said the opposite.

“Is he a Christian?”

“Is everyone on E-harmony a Christian?”

“Well?he hasn’t really been going to church — but he definitely loves God.”

Saddam Hussein claims to love God. “How do you know that?”

“He told me so! I just know God brought us together.”

“You’ve only known him for two months. Why do you think God brought him into your life?” I had to pinch myself under the table not to sound condescending.

“Because?it just feels so right when we talk. We have so much in common. He really loves me.” Oh, oh. I can see we’re in trouble now?

“So?since he’s such a great Christian guy, I’m sure he didn’t try to get you to sleep with him. I mean, he’s protecting your purity and all, right?” I had a bad feeling about this guy already. My cynicism was beginning to show.

“Well?he’s not legalistic about it. I mean, we are adults and he said as long as we’re committed to each other it’s the same as being married.” Her own convictions had seemingly evaporated overnight.

“So if you know each other so well, what are his weaknesses?” Besides not being a Christian, trying to get you into bed at the first chance, and being a liar.

“He might be just a little bit compulsive. Is it normal for a guy to ask you to take off your shoes before you get into his car? But I guess I don’t mind too much?he has so many other great qualities, what could be so bad about that?”

I’d had conversations like this with women dozens of times. In fact, for most of my own life, I was the one lying to myself. If anyone knew the lies women tell themselves to justify getting into bad relationships that led to bad marriages, it was me. And now, my precious friend, the one with whom I had discussed these lies with over and over, was falling into to them much too easily. I began to pray that she would see the truth before it was too late.

What about you? If you are still trying to hold out for God’s best but you find yourself identifying with some of the conversation above, read on. It’s not too late for you to begin identifying the lies you tell yourself so that you can avoid an empty marriage and shattered dreams.

Lie #1: A Christian man must be God’s best choice of a mate for me.

First of all, just because a man calls himself a Christian doesn’t mean a thing about his spiritual condition. Hitler probably professed to be a nice guy. What really shows a man’s faith is action — not trying to get you into bed until you are both wearing a ring; initiating his own personal relationship with God and encouraging yours as well; and especially holding his feelings back in the relationship to allow God to lead. God’s choice of a mate for you is going to be a godly man, and if you listen, God will tell you through an active prayer life and the counsel of other godly influences whether this is the one He has picked out for you.

Feelings are unreliable. Don’t trust them, especially when it comes to spiritual matters. Feelings change day by day, and they can lie to you. Women who rely on them to make important decisions are going to be extremely disappointed, making one mistake after another. The decision must be made objectively and prayerfully. Sexual sin in the relationship will cloud objectivity and good judgment.

Lie #3: I can overlook a few character problems (a.k.a. red flags) — no one is perfect.

If a man has glaring character defects, it is likely that he is not teachable. Teachability is the number one character trait you should look for in a potential mate. I am not talking about normal struggles or mistakes, but habit pattern sins or dysfunctions that control their lives and that they are not open and contrite about. If a man is teachable, he will humbly listen to God and to his future wife when making decisions. He will be willing to work at his future marriage.

Lie #4: I really know him after spending so much time talking to him.

Phone and heart-to-heart conversations are no substitute for real life situations. He can tell you anything you want to hear while hiding behind a phone. But get him with his family, or behind a rude driver, or at a restaurant getting poor service, and then you begin to see what kind of a person he really is. A wise woman will wait it out awhile to observe his responses in every possible difficult and awkward situation.

Lie #5: He always tells me the truth.

If you think that then you don’t know most men in this world. Most men are very good at telling women what they want to hear in order to get what they want — sex. Pressure for sex from a “Christian man” should be the number one indicator of a dishonest man with underlying bad intentions and hidden motives.

Satan, the master liar and counterfeiter, is cooking up coincidences to get you off track, so beware! He doesn’t want you to wait for God’s best. He wants to handicap your services for the Kingdom by getting you to settle for a miserable and empty marriage. Ask for godly counsel from objective bystanders, pray hard, and stay intent upon God’s will and not your own.

Lie #7: It’s normal for him to pressure me for sex. That’s just how men are.

True godly men live to please God and not their own selfish desires. They honor women as the treasure they are, treating them with absolute purity as Jesus would have done. They care more about the purity of their Christian sisters than a quick thrill for the moment. Sex before marriage is a sin and if a guy is pressuring, he doesn’t care about what God thinks and he doesn’t care about you either.

Lie #8: There are perfect forever romantic men out there, just like in the movies.

Women have so filled their minds (and hearts) with Hollywood ideals about men, two tragedies have resulted. First, no man could ever live up to that fictitious standard so they are unfairly compared and criticized. Secondly, a woman in the beginning stages of a relationship can tend to fill in missing information about a man with imagined ideals before she even knows him. She ends up “falling in love” with an idea, not a person. When the man begins to show signs of human weakness, she is disappointed but holds onto the relationship hoping the man she first imagined will return. The few real quality men out there are the ones who are living to please God. You will need God’s help to find them.

Lie #9: When I find a man and get married, I will finally feel happy and complete.

If that’s true, why are so many women getting divorced (or wishing they were)? Why do Hollywood stars ditch beauties for someone else? The truth is, you will only feel happy and complete when you let God be your first love. No man — especially one who is not God’s best for you — will even come close. When the excitement wears off (and it will), you will feel more alone than when you were single.

By telling ourselves the truth, we have every chance to find the very best man that God wants to give us. A great example is my friend. She ended up getting out of that wrong relationship and listening to God for direction in her dating life. A few weeks ago, I attended her wedding. Just before she walked down the isle, she closed the door of the little room behind the three of us.

“We need you to say a prayer for us,” her eyes radiated happiness.  It was the beautiful sentiments of the groom — God’s best for her — that showed the day to be what I had hoped for her all along. “Yes, please pray for us. It’s the only way to begin our lives together. The day just won’t be right without it.”

I couldn’t have agreed more. 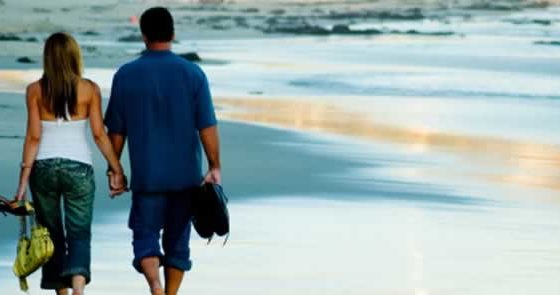 9 Lies Guys Tell Themselves About Women