Most people would agree that Billy Graham was one of the most exemplary Christian men who ever walked the face of the planet. But his wife, Ruth, once quipped, “I’ve never considered divorce. Murder, yes, but not divorce.”1 Not even Billy Graham had a “perfect” marriage. You’re going to have Billy Graham days.

Where does marital disappointment come from? Somewhere in the relationship, you have an expectation of your wife that isn’t being met—appearance, level of effort, sex, and so forth.

And to keep it real, some days you feel like you’re going to explode. “I can’t believe that I was so stupid to marry this woman!” or “What was I thinking?” Those are extreme, of course, but we all have those kinds of days. Of course, your wife does too.

How do we keep a few disappointments from ruining an otherwise good thing?

As a general rule, all disappointment is the result of unmet expectations. For example, suppose you received a bonus of $1,000. If you thought you were going to get $500, you would be ecstatic. But you’d be terribly disappointed if you had been expecting $2,000. The bonus is $1,000 regardless. The only difference is what you expected.

So my first suggestion to help you make your wife your top priority is to adjust your expectations. If you set realistic expectations, you won’t feel like you’re getting “less” from each other than you expected. So, what’s realistic? Family systems scholar Edwin Friedman said, “In reality, no human marriage gets a rating of more than 70%.”2 What he meant was that humming along at about 70 percent of potential is the norm.

Let’s do a thought experiment. If you calculate 70 percent of seven days, that’s 4.9. Let’s call it five out of seven days. In a “normal” marriage and family system, you will experience marital satisfaction for five out of seven days. But a couple of days a week are likely to be a little off—mood swings, job woes, money pressure, the stress of children. In other words, even the most successful marriage will only be symptom-free about 70 percent of the time. Both my wife and I think we have a great marriage. When I first ran across this 70 percent rule, I asked her to read the page in the book. She did and, without looking up, said definitively, “That sounds about right.”

We’ve adopted “the 70 percent mindset,” and we both have found that lowering our expectations of each other has increased our marital satisfaction. Now I only want to murder her one day a week instead of two (kidding!).

You may be wondering, Is that as good as it gets? But a better thought would be, Wow, maybe my marriage is better than I thought! If you will dwell on this 70 percent number, I think in time you will be encouraged by it.

Why just 70 percent? It’s the Fall. We see each other through the veil of our sinful natures. It takes grace to make a marriage work. No person is ideal. Our wives can be controlling, neglectful, strong-willed, pouty, unexpressive, unappreciative, and on and on. So can we.

The main way I have personally put “the 70 percent mindset” into practice is by repeating a sentence for which I have paid a big price. But before I tell you the sentence, let me tell you how it came about. One day my wife said out of the blue, “I don’t feel safe with  you anymore.” I was devastated, but I knew why. For a few years, I had been putting a lot of pressure on her to exercise more—one of my personal values. My repeated “encouragements” were instead taken as jabs that made her feel like she wasn’t good enough for me the way she was. That pressure made her feel like she had to perform—that my love for her was conditional.

When she said that, I figured I could apologize, change course, and that would take care of it. And so that’s what I did. But to my complete surprise, she didn’t respond. In fact, it took three very long years until one day she said, “I feel safe with you again.” During those years, the Lord repeatedly revealed my sinful nature to me. I repented for pressuring her and also for assuming I could fix it overnight. And now, here is the sentence I came up with during those three long years: “I let you be you, and you let me be me.”

Today, after many years of repetition, it’s just part of who we are—both of us. It’s a habit. It’s part of my worldview. A guiding principle. Consider giving it a try. It’s an easy-to-remember way to manage your expectations. Adopting the 70 percent mindset is the first suggestion for making your wife your top priority after God. The second suggestion is to pray with her.

Pray with Your Wife

Praying with your wife sounds more intimidating than it is in practice. You don’t need to pray together for a long time. For example, Patsy and I pray for about one to three minutes in the morning. And if we miss a morning, we don’t worry about it. I’m usually the one who prays. She’ll pray if I ask, but that’s not her thing and she really would rather have me pray. Still, every now and then I will say, “Why don’t you pray today,” and she does.

You don’t need a special place or time. For example, we just pray on the spot when we’re ready to start our day. You can pray about anything you want, and you don’t need to do much if any, preparation. We always pray for our children and grandchildren. We pray looking back with thanks and gratitude, and then pray forward in supplication for people, situations, and daily tasks. Also, we pray over the dinner meal, though we usually eat breakfast and lunch on our own. As you can see, it doesn’t take a lot of effort, but it can make a profound difference. 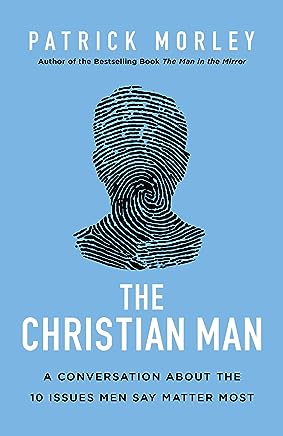 Do You Depend Too Much on Your Spouse?