A dear friend recently confided in me that her marriage is in serious trouble.  She tearfully admitted that problems had erupted within her relationship as a result of her husband’s involvement with internet pornography and chat rooms.  She acknowledged that this issue was the “icing on the cake” to an already shaky marriage and that she and her husband had both contributed to the gradual decline of their bond.  One thing she said through her tears and anguish struck a chord with me.  She said, “we just allowed other things to become more important than our marriage…we didn’t guard our marriage and make it priority.”  Thankfully, my friends are willing to work at their relationship and are seeking Christian counseling.

Unfortunately, their plight is all too common.  A good friend recently said that “when the enemy knows that you are a believer, he realizes that he cannot have your soul.  He will, however, do anything to take away your Christian testimony—to rob you of your effectiveness.”  I would add to that statement and say that Satan wants to take away solid Christian marriages and rob the church of its ability to be a leader and example to the world of God’s ideal for marriage and family.  How does he do it?  He attacks us in vulnerable areas that we leave unprotected and unguarded.  I believe that if we guard ourselves, we are also guarding our marriage from potential heartache.  But we must make this a priority in our personal life and in our marriage. How do we stay on guard?

First:  Know Your Enemy
I Peter 5:8 says, “Be sober, be vigilant; because your adversary the devil, as a roaring lion, walketh about, seeking whom he may devour.”  The enemy is vicious and angry—he comes at you and your marriage with the intention to totally destroy.  He looks for weakness and exploits it for his victory.  The scripture describes an animal that is constantly on the prowl—never resting for a moment.  I think how my friend and her husband were easy targets as they left their marriage out in the open and neglected.  They put other things—such as career and children—first.  They left their marital gate unlocked and the lion walked right through and made himself at home, threatening their family long before they even realized he was there.

Second:  Know The Battle Strategy
We live in a culture that is increasingly godless and immoral.  Every day, we are bombarded with false messages about ourselves, our marriages, our God.  The enemy is cunning and uses all the tools he can craft.  He customizes his strategy for optimum results—he doesn’t just want to win—he wants you to be devastated and unable to continue God’s work. Here are some common battle plans: addiction, selfish ambition, pride, lust, bitterness, depression, anger.  These are just a few.  There are many more.  In Spurgeon’s On Prayer and Spiritual Warfare, Charles Spurgeon put it this way, “There is nothing that Satan can do for his evil cause that he does not do.  We may be halfhearted, but he never is.  He is the very image of ceaseless industry and untiring earnestness.  He will do all that can be done in the time of his permitted rage.  We may be sure that he will never lose a day.”

Third:  Fight Back And Enlist Help!
Winning this battle is knowing your weak areas, accepting them, and doing everything to fortify yourself.  In our Christian walk and within our marriages, we should never take our eyes from our source of strength and protection.  God is our rock and our shield.  Our strength comes from a true and loving relationship with Him.  I pray daily for His wisdom, truth, and protection to envelope me and my marriage.  Ephesians 6:11 says that we must put on his entire armor so that we may withstand the attacks from Satan that are certain to come our way.

Don’t let your marriage become another casualty in this violent and destructive conflict.  Some of you may already be wounded, others are so close to the battle you can hear the blasts.  It’s never too late to pick up your armor and begin to guard yourself.  Fight for your godly testimony and your Covenant Marriage.  Don’t be halfhearted in your efforts.  Our battle strategy is God’s Word and it is fool-proof.  Our victory is sealed.  Lean on the foundational truth that Christ has promised us in John 16.33, “These things I have spoken unto you, that in me ye might have peace.  In the world ye shall have tribulation;  but be of good cheer; I have overcome the world.” 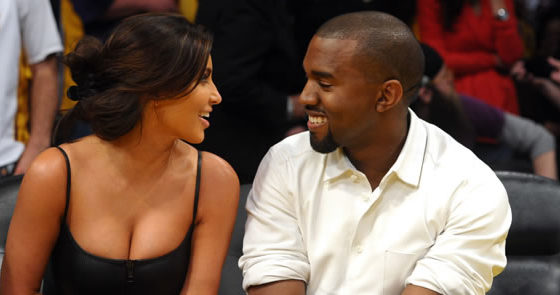 Do You Have a Perfect Marriage?