Meg and Eddie were stuck.

Meg insisted that marriage was hard work — that a couple had to stand together and struggle through a host of difficulties. She believed that challenges were a normal part of any relationship and that they were simply something to overcome.

Eddie thought that if two people loved each other, marriage should be smooth and easy. He believed that difficulties were a sign of crisis and that there should be no problems in a good marriage.

The young couple came to me to find out who was right.

I asked Eddie, “If you have the car of your dreams, what do you do to keep it running smoothly?”

“You change the oil every three thousand miles, rotate the tires, keep your fluids topped off, and make sure you respond quickly when something doesn’t sound right.

“Does that take much work?”

“Of course it does,” Eddie laughed, “but if you don’t take care of the details, you’ll pay the price.”

“That’s the way it is with marriage, “I said. “If you want it to run properly you have to take care of it. And that means regular and consistent maintenance.”

Eddie sighed, but he heard what I said. During the next month, Eddie stopped reacting negatively when difficulties arose in the marriage and started working to make things better. Several months later, Meg and Eddie came to me again.

“I’ve been working hard,” Eddie said, “but we still seem to be struggling.”

That’s when we began to talk about the need to work together as a team.

It is so easy for a couple to get out of sync and work against each other. Every couple needs to understand this concept and instead embrace the idea of becoming intimate allies. Allies communicate and defend each other. They coordinate their efforts and help each other out.

Marriage is like a three-legged race: Try to push ahead without your partner’s cooperation, and you both fall. Work together, and you both do well.

Not long ago I was watching a great basketball game. In the heat of competition, two teammates went for a rebound and battled against each other for the ball. I felt like yelling, “You’re on the same team!” Finally one player realized what they were doing and let go of the ball.

In marriage, you sometimes forget you’re on the same team as your spouse. Your spouse is not your enemy or your competitor. The two of you are one. If your partner wins, so do you. If your spouse loses, you do too. Your fates are linked.

It’s amazing what can be accomplished in your marriage when you work together. You cover one another’s weaknesses and reinforce each other’s strengths. When one stumbles, the other helps him up. This is what marriage is all about.

In the fall of 1919, President Woodrow Wilson experienced a nervous breakdown and a cerebral hemorrhage that paralyzed his left side. Realizing that her husband was incapable of performing his presidential duties, his wife stepped in to protect him from the press and coordinate his executive responsibilities. Those who wished to talk to the president had to go through Mrs. Wilson. For the rest of his term, the president relied on his wife to keep everything on an even keel. It wasn’t until years later that the public realized how ill the president had been and how Mrs. Wilson had helped her husband by doing all that he could not.

In the book of Genesis, we’re told that the two shall become one. That is what marriage is all about. Togetherness becomes “twogetherness” when two “me’s” submit to each other and become one “we.” As you do this, you become stronger, closer, more efficient, more in sync, less lonely, and less stressed. And as an added bonus, your marriage will become much more enjoyable.

As the two of you work together as a team, there are at least five important factors that need to be present:

Commitment: If two people are not solidly committed to each other, their marriage will sooner or later fall apart. Trust is the foundation of a good marriage, and trust begins with commitment. Each of you needs to know that your spouse is committed to you and your marriage. The traditional marriage vows say, “for better or for worse; for richer or for poorer; in sickness and in health; to love, to honor, and to cherish until death do us part.” This is true commitment. Tami and I have a commitment that we won’t even use the word divorce. We’re both totally committed to honesty, faithfulness, and a lifelong love.

Communication: Without communication, any team is in trouble. If both Tami and I know we need a gallon of milk from the local market, but we don’t talk about who will pick it up, then we risk having either two gallons of milk or no gallons of milk. It’s important that you communicate your thoughts, ideas, plans, and opinions on a regular basis. You also need to communicate your feelings — those joys and fears and frustrations in your heart. Author H. Norman Wright says that communication is the key to a good marriage. Communication forms the connection that allows you to understand each other and grow closer. When communication grows quiet, your relationship will turn cold, distant, and unsatisfying.

Coordination: Without coordination, your marriage will face conflict and tension; you will find yourselves working against each other. Coordination means figuring out a way to work together that uses both partners’ talents and abilities. It doesn’t mean competing with each other or letting one person do all the work. When your efforts are coordinated, life goes more smoothly and more is accomplished. Several months ago Tami and I redid the floor of our kitchen. We worked as a team — pulling up the old floor, laying down tile, and filling the spaces with mortar. Every time I look at our new floor, I am reminded of what our coordination accomplished. Those who coordinate their efforts can complete plays, finish projects, and create a camaraderie that knits hearts together.

Clarity: Without clarity of vision, a team has no goal or direction. The players wander aimlessly in circles or slip into that dreaded downward spiral. Dreams give us clarity. They energize us and motivate us and give us hope. Someone once said that if you aim at nothing, you’ll probably hit it. Don’t let this happen to you. Dream big and dream together. Plan for the future with excitement and anticipation. Robert F. Kennedy once said, “Some men see things as they are and say, ‘Why?” But I dream of things that never were and say, “Why not?’ ” A couple who is looking in the same direction can walk forward hand in hand with determination and satisfaction. We all need dreams, plus the passion and courage to pursue them. Tami and I have hundreds of dreams: dreams for our marriage, for our children, for our home and community; dreams of places to go, things to do, and memories to make; educational dreams, recreational dreams, and ministry dreams. All of these dreams pull us together as a team, giving our lives a greater purpose and meaning and clarity.

As you and your spouse build and strengthen each other with these five factors, you will find you are truly working together as a team. In doing so, you will also discover that:

On a crisp autumn afternoon my youngest son, who was six or seven at the time, was playing in a soccer game. Suddenly one of his teammates tumbled to the ground. The game continued, but my son did not. He ran to the other boy, knelt beside him, and made sure he was okay. After a few minutes the two boys returned to the game, but in the meantime the opposing team had scored a goal.

“Dusty, why didn’t you keep playing?” I asked him later.

“My friend fell down.”

“Yes, Dad,” he said with a serious look on his face. “But teammates are worried about a lot more than just winning the game.”

On that day I was reminded that working together as a team is about a lot more than reaching a goal. Sometimes it involves stepping out of the game and kneeling beside your teammate. 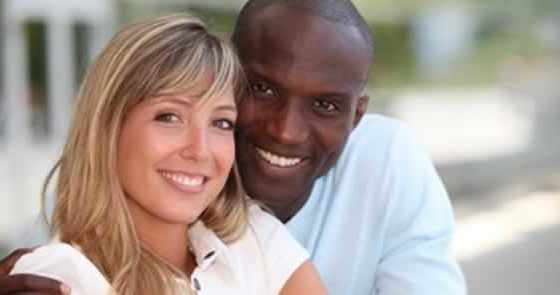 For a Great Marriage: Compliment Daily

For a Great Marriage: Mind Your Manners