What Are My Needs? What Are His?

Read through the following brief descriptions of common needs. At the end, add any other needs that matter to you. Then prioritize your list. You might ask your husband to do this same exercise. Or try putting yourself in his shoes and jot down how you think he might respond.

After each description, take a moment and think about how this need is met in your marriage. Is it important to you? Are you longing for more? Is there a step you could take to change this aspect of your relationship? Record your responses and use them as prayer prompters for whatever insights God brings to mind.

Both men and women flourish when they feel loved and accepted. For most women, affection and attention are surefire ways to ignite warm feelings toward their spouse. According to marriage counselor and author Dr. Willard Harley, affection is a woman’s highest need. He describes it as the cement of a relationship, symbolizing for a woman “security, protection, comfort, and approval.”

Most of us feel loved when our husband spontaneously hugs and kisses us — especially if it’s an expression of affection and not intended as a maneuver to get sex. The majority of men, however, feel loved and accepted when their wife is sensitive to their sexual needs.

Dr. Harley states, “Most affairs start because of a lack of affection (for the wife) and lack of sex (for the husband).”  He describes this as a vicious circle. The wife doesn’t get enough affection so she isn’t responsive to her husband’s overtures. The husband doesn’t get enough sex so he withholds affection. If this becomes a continuous pattern, each partner may become vulnerable to someone who is available to meet their God-created but unmet needs.

How would you describe your need for affection and sexual intimacy?
How well is it being met?
What changes could you prayerfully make?

Being seen as special by the man you married is important. So isn’t it reasonable to assume he’d welcome your attention at unexpected moments?  After all, you tell yourself, I love his attention anytime and can’t wait to tell him what’s happened during my day. But if you married your opposite, you have to remind yourself that your desires are not necessarily his.

Have you ever asked your husband how he feels about your calls during work hours? If he loves the attention and has no problem with you contacting him, enjoy these moments. But if he doesn’t seem enthusiastic when you phone, don’t take it personally. It might be due to his character, personality, or type of work.

How would you describe your need for attention?
How well is it being met?
What changes could you prayerfully make?

Both husbands and wives need admiration. We want compliments and appreciation for serving a great dinner, caring for a sick relative, getting a promotion at work, or losing weight and looking amazing. Your spouse also wants to be admired for his skills, hard work, intelligence, or ability to provide for his family.

To strengthen your marriage, watch for what you can admire in your spouse. While affection and attention are vital for a loving relationship, words of admiration say “I notice you and value who you are.”

How would you describe your need for admiration?
How well is it being met?
What changes could you prayerfully make?

There are solutions that satisfy our human need for companionship, however. Here are a couple of suggestions that are simple and practical. They also work.

Talk to each other about what you enjoy doing. Jot down as many activities as you can think of that appeal to each of you, then try to identify two or three you could do together. Once you’ve found a few, put them on your calendar.

Begin to plan your dates — even if it’s to sit and watch a television program you both find educational or entertaining. But spice it up in some way. Maybe change chairs? Sit very close? Make a yummy snack? Or wear something special?

How would you describe your need for companionship?
How well is it being met?
What changes could you prayerfully make?

Scripture tells us to encourage and spur one another on (Hebrews 10:24-25). If you’re married to a man whose natural bent is to encourage you when you’re struggling, be thankful. But if your spouse is more inclined to see the negative in you and tells you so, watch your heart. Strengthen it daily with reminders that you are precious to God.

How would you describe your need for encouragement?
How well is it being met?
How could you prayerfully improve this?

Wives are given a biblical command to respect their husbands (Ephesians 5:33). If your marriage is less than harmonious, this command can be challenging. Showing respect requires making a conscious decision not to rip into your spouse or treat him with contempt when he angers or disappoints you. It is a choice you make.

How would you describe your need for respect? Your husband’s need?
How well is it being met?
What changes could you prayerfully make?

Marriage experts differ on whether a couple should have areas of privacy. For trust to be established and maintained, however, honesty and openness is essential. This demands speaking the truth rather than being evasive or deceptive. Hiding secrets, both past and present, can threaten the very survival of your marriage.

How would you describe your need for honesty and openness?
How well is it being met?
What changes could you prayerfully make?

Both husbands and wives work, whether out of the home or inside it. Each gets tired and stressed from endless demands, and each longs for support from the other. Whether it’s a word of thanks for working so hard, helping to get a meal on the table, or rounding up the kids and calming them down, a marriage thrives when both spouses express appreciation to the other.

As a wife, watch out for signs that your husband is particularly tired. Be sensitive to his concerns about the job market, his fears of getting stuck in a dead-end job, or his feelings of inadequacy as a father or spiritual man. Each of these observations is an opportunity to sensitively express your support and appreciation.

If you’re a mother, speak well of him to your children. No matter what struggles the two of you might have, your children don’t have to hear about it.

How would you describe your need for domestic support?
How well is it being met?
What changes could you prayerfully make?

Godly Christian women around the globe dream of marrying a man who will not only share their desire for God but will also lead them closer to Him. Women pray for this man, plead with God for him, and watch with mixed delight and dismay as their girlfriends walk down the aisle on the arm of a saintly male.

If your husband isn’t a follower of Jesus, Scripture says to pray and zip your lips so “they may be won over without words by the behavior of their wives” (l Peter 3:1). But if your husband claims to follow Jesus and isn’t perfect in his attitudes, choices, and priorities all the time, your challenge is to grow in grace toward him.

Marrying a believer in Christ does not mean we marry the finished product.
He is raw material in the hands of the Spirit. So are you. So am I.

Marrying a believer in Christ does not mean we marry the finished product.

How would you describe your need for spiritual connection?
How well is it being met?
What changes could you prayerfully make?

Adapted from, Why Can’t He Be More Like Me?, by Poppy Smith. 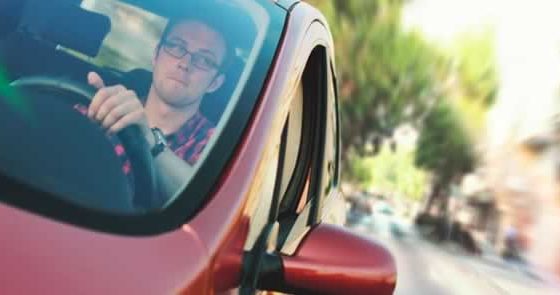 Why Couples Fail After an Affair