Like you, I was saddened to watch the events unfold in Colorado Springs, where Pastor Ted Haggard was dismissed by his church after admitting to a lifelong struggle with sexual immorality. Haggard was also president of the National Association of Evangelicals and one of the leading Christian voices in the country.

But I also admit that I was not surprised to hear of another leader falling from grace. Over the years I have seen a number of men and women in the ministry “bomb out” due to sexual sin, addictions, materialism, bitterness, or carnality. As I read and heard about these Christians, I noticed a recurring pattern: They were all isolated. They had created for themselves walls of unapproachable invulnerability.

The enemy knows that if he can isolate a man, he can convince him of almost anything.

For whatever reason, they failed to submit their lives to the scrutiny and advice of others and thereby forfeited the opportunity to be held accountable. Now they have forfeited, for the most part, the privilege of public ministry in others’ lives.

Accountability is a scriptural principle that tells us to ” … be subject to one another in the fear of Christ” (Ephesians 5:21). This means I choose to submit my life to the scrutiny of another person in order to gain spiritual strength, growth, and balance.

People don’t like the phrase “be subject to one another” these days. The independent, “give me my rights” spirit in America conflicts with the thought of being subject to other people.

But accountability helps you in so many ways. For one thing, it helps protect you — from isolation, from pride, from sin, from giving into temptation and weakness. One of the best ways I know to protect you from those weaknesses is to let someone know about them and ask that person to keep you accountable.

Why Accountability Is Hard For Men

As I have watched so many men fall prey to temptation and sexual immorality, I have purposed to lead a lifestyle of accountability. I certainly have much to learn on the subject, but I have resolved to be teachable, approachable, and most importantly, willing to hear what Barbara wants to say to me. The Apostle Paul’s words spurred me on: “I run in such a way, as not without aim; I box in such a way, as not beating the air; but I discipline my body and make it my slave, so that, after I have preached to others, I myself will not be disqualified” (1 Corinthians 9:26-27).

True accountability involves letting another person into the interior of your life. You have the choice to submit to another human being for perspective, advice or even to be taken to task on something. Solomon says a wise man welcomes a helpful rebuke (Proverbs 13:1). Each of us must choose to whom he or she can be accountable. In some cases it might be a good friend of the same sex.

Accountability In Your Marriage

If you can find a friend to help you with accountability, it can make a real difference. But you already have one friend to whom you should automatically be accountable — your spouse. I would strongly encourage you to start with him or her.

Some couples challenge me on this subject, saying that becoming accountable to one another would be like playing policeman, but I believe exactly the opposite is true.

As you and your mate face continuing pressures and stress in life, it’s best to handle life in duet, not solo. As the preacher said, “Two are better than one ? for if either of them falls, the one will lift up his companion” (Ecclesiastes 4:9-10). Two can always see more clearly than one. Your mate can detect blind spots that you are missing. Accountability promotes healthy oneness as you interact and depend on each other.

Here are some areas where Barbara and I practice accountability in our marriage:

When somebody gets me on the phone and invites me to speak somewhere, it is hard for me to say no. One thing that has really helped me, however, is that I tell the caller, “I can’t give you an answer now. My wife and I have agreed that I don’t take any speaking engagements without talking with her.” And so we do talk about it, and usually the answer is no. I already have more speaking engagements than I can handle.

Recently Barbara has struggled with keeping her schedule at a reasonable pace. She is no longer allowing others to dictate what she does because she uses me as her partner to help her say “no” too.

2. Money and values.Barbara and I constantly compare and check our personal values. What is really important to each of us? Why are we doing what we are doing? Where do we dare not lose?

You may have heard the story of the two thieves who broke into a department store. They didn’t steal anything, but they spent hours switching the price tags on almost every item in the store. The next morning, the store opened and business went on as usual for four hours before anyone noticed. Customers were buying $500 cameras for $4.95, $1200 outboard motors for $15.95!

This story sounds incredible, but it actually happened. And in a way, the same thing is still happening today in Christian families. An enemy has broken in and switched our price tags. Many couples decide that pursuit of goals, plans, money, career advancement, and pleasure are all more valuable than building oneness in marriage and rock-solid relationships with their children. They say they value their families above everything else, but their actions reveal that their real priorities lie elsewhere.

3. Fidelity. Some years ago I led a Bible study that included several new Christians. During those studies, Barbara began to sense that one of the men was increasingly friendly toward her. At first she thought she was imagining things. She was embarrassed, so she kept it to herself. It seemed absurd to her that this happily married husband and father could be interested in her.

But as the weekly sessions went on, the man continued to be extra friendly, and Barbara began to feel more and more uncomfortable. When she finally confided in me, I could see unmistakable relief spread across her face. What had been a secret she had been carrying alone quickly evaporated as we discussed her feelings together. Fortunately, Barbara’s admirer never tried going beyond being friendly, and when the Bible study ended, he went his own way.

Looking back on that incident, we see that it was a test for both of us regarding accountability. Would Barbara tell me what she thought was happening? Would I respond in jealous anger and suspicion, or with understanding and acceptance? Fortunately, both of us did the right thing and it reaffirmed our commitment to each other as we stood together against a potential threat to our marriage.

As a man I have experienced periods of time when I struggle with lust. I do not believe it is a sin to be tempted. It is a sin when we act on our desires. When it comes to being tempted by lust, a fleeting thought or glimpse must be dealt with immediately. One of the conversations that Barbara and I have had on more than one occasion is one when I confess to her that I am struggling in this area and I need her prayers. It’s healthy for me and a tribute to my wife that she is not threatened by my honesty and is willing to be that kind of encouragement and accountability partner for me.

While your mate should be your primary accountability partner, there is also great benefit in getting “sharpened” by other godly Christians. If you want to see some significant growth in your spiritual maturity this may be the most important step you could take.

I have three suggestions:

First, determine your needs. What are the two or three things which seem to entangle you more than anything else? Is it finances? Lustful thoughts? Overeating? Not spending enough time with the Lord?

Second, select a mature Christian — of the same sex — who would have the courage to speak the truth and ask you tough questions. This should not be someone who would fear your rejection, or someone who has a weakness in the same area, or someone you feel you can manipulate or control. This is especially important if you are strong-willed or have a powerful personality.

Third, approach this person and ask him to keep you accountable. Tell him that you want to give him access to your life. Here is what you might say: “Bill, I have got a problem and I really need your help in an area of my life. I need for you to love me through this and hold my feet to the fire, but not be judgmental. Because, Bill, I really need to get victory over this.”

Finally, meet with this person on a regular basis to set measurable goals and to allow him to ask you how you’re doing. Agree to a list of questions he will ask you. “Frank, have you written out a budget yet?” “Why not?” “When will you do it?” And here’s a powerful one: “Have you lied to me at all today?”

If you’re trying to mature in Christ and gain victory over sin by yourself, you’re missing it! I give thanks to God that He has given us the Christian community ? to strengthen us, encourage us, and help us run our race to win! 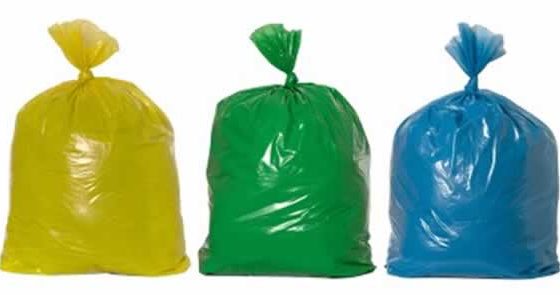 Time to Take Out the Trash