Almost everyone gives newlyweds a little extra grace for PDA — public displays of affection. A little more hand holding. Sitting a little closer. A longer-than-usual smooch. All of those quiet pats, quickie back rubs, butt pinches, and tender touches tend are not only excused but quietly smiled upon when you’re a newlywed.

But there’s a different type of public display that often occurs when you’re newly married that isn’t quite as endearing. It’s something I like to call PDB — Public Display of Bickering — and it strikes most newlyweds within the first few months (if not weeks) of marriage.

By now, you’re probably thinking — this section is for other newlyweds. PDB doesn’t apply to us — we’re too much in love. I used to think the same thing. But then when I watched my husband and I interact when we were together with others, I realized that we were just as guilty as any other couple. No, we didn’t technically argue with each other in front of others or raise our voices, but we still bickered in our own way — subtlely wrestling with details, accuracy, and the way each of us remembered a story — which it turns out is usually very different!

PDB takes many forms. Correcting each other’s sentences. Adding details when the person is fully capable of telling the story. Finishing a story, because the spouse telling it is taking too long. Interjecting ideas, thoughts, and inside jokes.

Our bickering usually stems from differences in our personalities. Leif is a master storyteller. He has hundreds of great stories from his childhood — like the time he threw water balloons at a fire truck on its way back from an emergency and ran into the woods to hide. A few hours later, a policeman knocked on his door. Leif had left the bucket full of the remaining water balloons by the side of the road. Unfortunately, his name and address were written in permanent marker on the side of the bucket.

Leif has enough of these tales to create his own book or video series, and he has a way of captivating listeners as he spins his tales. The only problem is that sometimes the numbers or descriptions may get a little exaggerated for effect.

As a journalist, this tendency drives me nuts. I’m concerned with accuracy, consistency, things that matter in great news reporting — and think that truly great storytelling is only great if it’s true. At times, I can’t help but slip in a quiet reminder, “Are you sure it was that many?” or shoot him the look that says, “Give me a break.” And those moments usually come at the climax of the story — so I have to hold my tongue. But sometimes I can’t help myself, and I interject and fall into the trap of the PDB.

In our PDB, neither of us is really right. If left unchecked, I become a control freak and accuracy checker, and he becomes an exaggerater — neither of which are Christ-like or very becoming qualities. But slowly, I am learning to let things go in public and talk to him behind closed doors about the stories that got out of hand. In the end, we make it a smoother ride not only for ourselves but also for everyone we’re with, too.

Published by Harvest House Publishers, Eugene, OR; Used by Permission. 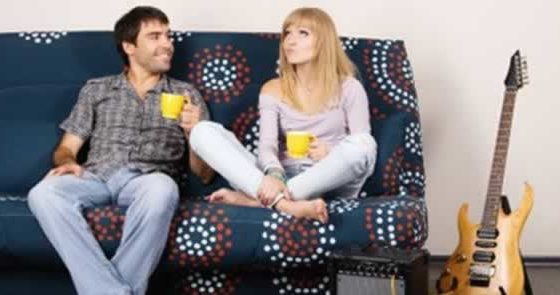