I may have never said these exact words, but I treated marriage like a lamp I could rub so out would pop my genie ( Jonathan) to grant my wish instantly and adhere to my every command. You may be wondering where on earth I got my vision of a husband, so I’ll tell you: It’s my grandmother’s fault!

You see, if I were to list my top three childhood friends, my grandmother would quite possibly be in the number one space. I was only one year old when my mother and father divorced, and we moved into my grandmother’s house. I’ll take this a step further and let you know that I literally moved in with my grandmother, meaning, she and I became roommates. I shared a room and bed with her until I was ten. Saying we were extremely close almost feels like an understatement. My mother worked a good amount and was trying to rebuild her life after my father’s addictions shattered her world. Don’t get me wrong; she was very much involved in my life, and I never once doubted her love for me, but during those years I spent the majority of my time with my grandmother, also known as Mama.

Every night before bed, Mama and I watched a few of her favorite shows. Some nights we watched one of her favorite movies. Eventually, her favorites became my favorites, and I still love a good, sappy, maybe even corny love story. That started with Julia Roberts and Richard Gere. That’s right, one of our favorite movies to watch was Pretty Woman. If you’re thinking, That’s totally inappropriate for a little girl to watch, you are correct. My grandmother didn’t mean any harm, though, and, well, it just was what it was, folks!

An Unrealistic Vision of Love

In the movie, Julia Roberts plays a beautiful young woman who has fallen into a pretty unrespectable lifestyle, and she just can’t seem to catch a break in life. Enter Richard Gere, playing a handsome, wealthy businessman. He hires Julia’s character to keep him company for a week in Los Angeles while he’s there for business. His presence changes everything for her. He leaves her wads of cash to shop and pay bills, and he even moves her into his hotel penthouse! When people mistreat her, he defends her and fixes everything broken. All in the same week, he surprises her with fancy dates, new dresses, shoeless strolls through green grass, and playing in water fountains! By the end of the movie, Julia’s character is a new woman, all because she’s fallen in love. Richard Gere’s character is her genie in a bottle, and when I was at a very young and impressionable age, this fantasy became the reality on which I based my future.

Now, while nothing is wrong with a good love story in and of itself, for a fatherless, ten-year-old girl, this one was nothing short of dangerous. Basing my standards for a man on scripted messages in perfectly orchestrated scenes was unhealthy, and obviously unfair to Jonathan.

Before Jonathan, no man came close to making me feel the way Richard made Julia feel, so I automatically knew none of them was the one for me. However, something felt different about Jonathan from the start. He cared about me in a way that made me come to expect it.

His presence seemed to fix everything, and the more he made me smile, the more I expected him to. Though Richard Gere’s character wasn’t close to being Jesus, many of the characteristics in his life were Christlike. Think about it: selfless love, passionate pursuit, seeing beyond her past, and a willingness to forgive. Obviously, this illustration breaks down, but a lot of what I saw in Gere’s character was God-honoring. I now realize the danger in mistaking and recognizing the Christlike actions of man for those of Christ Himself. Let me explain.

Jonathan loves Jesus, and that love drives his actions and care for others. My heart was drawn to this type of love; I had been longing for it. No matter how hard Jonathan tried to be Christ to me, the parts of my heart that needed to be touched could be reached only by Jesus. Until I realized this, the unfair, unrealistic, and selfish expectations I put on my husband left him feeling like a failure, while I continued to demand he step up to the plate and fix my unsatisfied heart.

I’m sure you see the problem here, but for so long I did not. Only God could begin to reveal to me the love my heart longed for. Only God could help me understand His love was what I needed. I couldn’t assume my husband was a replacement for the earthly father I’d missed.

A New Vision of Marriage

Achieving success in individual growth or a godly marriage is more difficult than we want to hear in our natural state. That’s because in both cases, the answer is beyond anything we can muster on our own. “Getting there” in personal growth and in marriage is beyond us. It’s honestly otherworldly. Ask the most seasoned married couples if they have “arrived,” and the most mature and most godly will say, “We never arrive.”

This may sound like a minor point, but we promise you it’s major. Think about it. If you have the mindset that you’re supposed to arrive in marriage, what happens if you never do? What happens if you experience more bumps in the road and more detours than you were prepared to face?

But on the other hand, if you have the mindset that your marriage is a journey that will be full of bumps, detours, and any manner of dangerous turns, how will that change your perspective when the tough times come and disappointment sets in?

Can you be a great husband or wife on your own and in your own strength? Well, the answer to that question depends on who is judging. We’re not saying you can’t be great in certain areas of your life and certain areas of your marriage. We’re guessing parts of you scream with gifting and skill. But we are saying that, without some sort of supernatural help, you’re going to routinely fall short in other areas.

God’s Word as written in Genesis through Revelation gives us a wealth of wisdom, instruction, and guidance on the topic of marriage and a clear path for any man or woman seeking the best marriage.Click To Tweet

God’s Word as written in Genesis through Revelation gives us a wealth of wisdom, instruction, and guidance on the topic of marriage and a clear path for any man or woman seeking the best marriage. But God doesn’t ask us to do this alone. His Word points us in the right direction, and He gives us His help. We need only to ask. 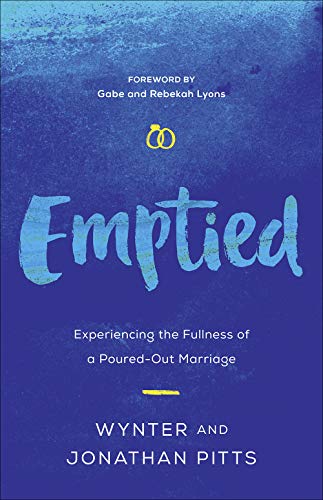 Say Hello to a Thriving Marriage and Goodbye to Grumpiness