The first time I prayed the prayer of blessing over one of my audiences was at the evening concert on an Alaskan cruise. I had never hosted a cruise before (nor had the desire to), but I quickly warmed up to the idea after finding myself on the ship with my family, close friends, some special guests, and the large group of people who had signed up to take part.

It was a diverse cross section of folks, to say the least. There were people who were single, people who were married, and some single parents. There were a few families with children who had special needs. I got a great deal of satisfaction from the opportunity to meet them all and listen to their stories. Having spent over a week mixing with the passengers, I had learned much about their hopes, needs, and problems. Even before the cruise, I had begun to sense a growing hunger in people for blessing — a sense that the stability and moorings people had once found in their faith were slipping into confusion and even despair. The stories on this cruise were no different. It was clear to me that people needed prayers for God’s blessing.

At the end of the concert, I told the audience I wanted to pray a prayer of blessing over them. As I prayed, and especially at the end of the prayer when I looked out over the audience, I sensed that it was a highly spiritual moment. How you can know in these moments that something spiritual and meaningful is happening is hard to explain. But when it happens, you know it. There’s just something in the air. After praying the prayer of blessing on the cruise ship that night, I didn’t know what kind of response to expect. In fact, I’m not sure I expected any particular response at all. I figured it would have about the same effect as the closing prayer of a church service — a signal that the event was over and people could feel free to leave in order to try to beat the crowd to the restaurant around the corner. Was I ever wrong! I was bowled over by what happened.

The next day we had scheduled an autograph session in the bookstore of the cruise ship. I often do this in my line of work, so I went in thinking it would be business as usual. It was anything but that. There were considerably more people in the line, and I could tell by their faces that something was different. Instead of the usual sea of smiles and happy expressions, many of the fans’ expressions were quietly intense. Several eyes brimmed with tears. Instead of the usual bright-eyed and bouncy, “I really enjoyed the concert last night,” I was often greeted with, “I can’t tell you how much I appreciated that blessing.” And I could tell they meant it, because it was spoken with sincerity and often with deep emotion accompanied by a story recounting some personal experience. As person after person told me their hurts and regrets, I hugged them and offered some encouraging words, telling them that if they opened their hearts to God, he would certainly bless them with the blessing they needed most. God offers the gift freely. We need simply to put our arms out to receive and embrace it.

The following day, we had so many requests for copies of the blessing that I had to go back to my room, edit it to make it presentable, and ask the ship’s crew to print copies for almost everyone.

So how did my prayer of blessing help them? Or did it help? Maybe it was just a string of high-sounding platitudes on a par with James’s example of a superficial prayer: “Have a good day; stay warm and eat well” (James 2:16 nlt). That fear lurked somewhere in the dark corners of my mind. Did the prayer of blessing do anything more than make people feel good at the moment? My bottom-line question was this: is there any real value in praying for people you don’t know, about problems you can’t see, and about needs you can’t meet.

As I have reflected on it since, I am convinced that this kind of prayer does have significance. We have many biblical examples of people praying for others they didn’t know and for needs they couldn’t meet personally. Moses prayed that God would “overlook the stubbornness of this people, their wickedness and their sin” (Deut. 9:27). The psalmist urged Israel to “pray for the peace of Jerusalem” (Ps. 122:6). The apostle Paul prayed for “grace to all who love our Lord Jesus Christ with an undying love” (Eph. 6:24). And he urged Timothy to see that “requests, prayers, intercession and thanksgiving be made for everyone” and to pray for “kings and all those in authority, that we may live peaceful and quiet lives in all godliness and holiness” (1 Tim. 2:1 – 2).

So if my prayer of blessing was doing some kind of good, just what was that good? People who have attended my concerts have soaked up this prayer like dry sponges, and I’m convinced that this exposes a deep need Christians are feeling today that is not being addressed. Something is missing in their walk of faith — something vital.

And the responses to my prayer have given me a clue to what that something is.

It’s clear from such stories that a large number of Christians have fallen into the value system of the culture around us. But they are finding that the “it’s all about me” approach to life is not working. The prayer of blessing simply served as a sort of wake-up call, reminding them of a truth they had mislaid somewhere along the way: true blessings come not from stuff or from satisfying the self; they come from submitting one’s self to God. I can’t tell you how many times the response to the prayer has been, “I have been living selfishly. I want to be unselfish.”

Taken from A Simple Blessing, by Michael W. Smith. Copyright © 2011. Used by permission of Zondervan. www.zondervan.com. 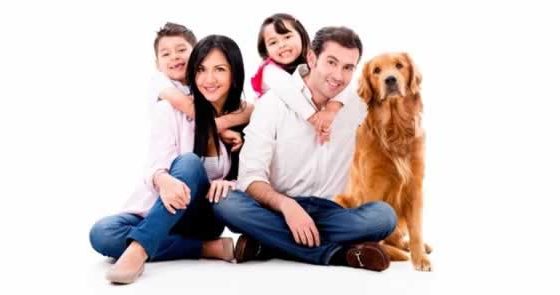 When Women Say Yes to God