Only the Lord Himself knows how many articles and sermons, books and seminars have extolled the virtues of the Wonder Woman described in Proverbs 31. The only problem is that they have usually forgotten to mention the other main character — the Good Husband!

Was Proverbs 31 ever intended to be an idealistic standard for women to attain by themselves? Not at all. Instead, this passage of Scripture, like the rest of Proverbs, was written originally as a challenge to men. It’s all too easy for guys to read Proverbs 31:10-31 rather flippantly — “Wow, if only I had a wife like this!” — without stopping to notice what these verses say about this woman’s rather remarkable husband.

First, the Good Husband recognizes the true value of his wife as a person (31:10). He sees her as God’s priceless, one-of-a-kind masterpiece. He knows she’s “worth far more than rubies.”

The world says you are worth something only if you’re beautiful, intelligent or athletic. But that isn’t God’s measure of true value. Self-worth isn’t based on what I do, but who I am — a person created in the image of God.

A man beautifies his wife by cherishing her for what she is. He doesn’t let his wife lose her sense of specialness once the honeymoon is over. He continues to court her. With his words, touches and actions a husband lets his wife know she is the most important person in his life.

The Good Husband also believes in the potential of his wife (v. 11). He doesn’t put her in a box called home only to let her lie there dormant. Instead, he allows her to be productive and fulfilled both in and out of the home.

Frankly, the Good Husband of Proverbs 31 amazes me. How many husbands are willing to let their wives make real estate investments and start business ventures on their own (v. 16)? Or let their wives make contributions to charitable organizations as they see fit (v. 20)?

Traditionally, in our society, the husband has been viewed as solely responsible for the family income and budget. The wife has been left out of these matters. But the Good Husband challenges these cultural myths.

The biblical concept of submission has in it the idea of assuming a supportive role. Both men and women are called to submit to one another (Ephesians 5:21). The Good Husband actively supports his wife as she seeks to reach her full potential.

Anne Morrow was the wife of aviation hero Charles Lindbergh. She once wrote: “Ideally, both members of a couple in love free each other to new and different worlds. I was no exception. . . . The man I was to marry believed in me and what I could do, and consequently I found I could do more than I ever realized.” Anne Morrow wasn’t stifled by her husband’s fame, but with his encouragement she went on to establish herself as one of America’s most popular authors.

The mark of marital maturity is the ability to help your spouse achieve and succeed. The Good Husband is mature enough to encourage and support his wife to reach her full potential. He believes in her and provides an atmosphere in which she is free to succeed. He doesn’t let his ego get in her way.

The Good Husband will wisely listen to (and learn from) the wisdom of his wife (v. 26). He may be spared from many rash and foolish actions by respecting the “faithful instruction. . . on her tongue.”

My wife has taught me much about God and about life. I enjoy listening to her. No, I haven’t relinquished my responsibility as the spiritual leader in our home. But we enjoy mutually challenging one another spiritually and intellectually. No day is complete unless we have an opportunity to share new insights with each other. I’m never the loser when I give my wife my undivided attention.

Hudson Taylor is credited with starting the China Inland Mission, one of the most successful groups to penetrate China with the gospel before World War II. But the secret of Taylor’s success was his wife, Maria. Taylor leaned heavily on her for wisdom and strength in those early pioneering days. Biographers say he never took a step without consulting her.

Why are so many couples failing in their marriages? Howard Hendricks suggests this answer: “They have taken no time to cultivate their own relationship, listen to each other and develop common interests.” The Good Husband strengthens his marriage by taking the time to listen to his wife. He respects her opinions and heeds her advice.

Finally, the Good Husband praises the virtues and accomplishments of his wife (v. 28). He doesn’t flatter her but praises his wife for her fear of God (v. 30) and her successful endeavors (v. 31). He lets others know that his wife is extra special.

A man can never encourage, compliment, praise or build up his wife too much. The Good Husband is lavish in his praise. Everyone craves appreciation and a compliment, and wives perhaps need (and deserve) it the most. A husband can make a tremendous impact on his wife by consciously and consistently looking for opportunities to praise her.

The Good Husband doesn’t expect his wife to automatically duplicate the virtues of the Wonder Woman described so poetically in Proverbs 31. Instead, he encourages his wife in personal growth and maturity. And she does the same for him. Imagine what God could do through a couple like that!

David Sanford is president of Sanford Communications, Inc., and adjunct professor of journalism at Western Baptist College (www.wbc.edu). David and his wife, René¥¬ are co-authors of the 400 pages of devotional application notes featured in the Living Faith Bible published by Tyndale House Publishers. 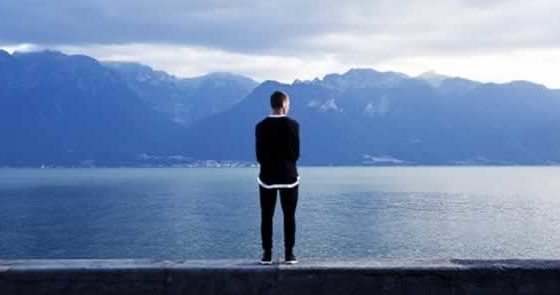 Hope for Couples in Crisis

How to Pray in the Midst of Crisis