We’ve been very careful at the Simple Way never to claim that we have the corner on the market for “radical Christianity.” Nor have we even tried to spread a brand or model. And the incredible thing is that the stories of ordinary radicals are all over the place, stories of everyday people doing small things with great love, with their lives, gifts, and careers. I heard about a group of massage therapists who

spend their days washing and massaging the tired feet of homeless folks. Some manicurists told me they go to old folks homes and ask which old ladies have no visitors or family, and then they sit with them, laugh, tell stories, and do their nails. On some of our marches for peace and justice, chiropractors join us in the evenings to take care of people’s tired bodies so that we will be ready for another day of marching. Around the corner from us, our close friends at the House of Grace Catholic Worker run a free clinic where nurses, doctors, chiropractors, and dentists care for folks who do not have health care. There are lawyers who bail us out of jail, advocate for human rights, and go with us before zoning boards that have no categories for understanding how we live. The examples are as numerous as the number of vocations. But the calling is the same: to love God and our neighbors with our whole lives, careers, and gifts.

In the early days of our community, it was as if we had a “radical disciple” mold, and everyone had to fit into it. But as we have matured (Matured? Maybe aged in wisdom . . .), we have seen the beauty of diverse vocations and the multidimensionality of Christian discipleship. One of the best things communities like ours do is carve out a space for people to discern and redefine their vocations. Vocation comes from the same root as voice, denoting the hearing of a divine call. Beyond knowing that God has a purpose for our lives, most of us (especially non-Catholics) spend little energy seeking our vocation, especially in light of how the needs and sufferings of our neighbors might inform how we use our gifts for divine purposes. There are plenty of people who are miserable in their jobs, for they have not listened to God’s call. And I would add there are many Christians who are not fulfilled in their spiritual lives because they have no sense of their gifts or purpose, and they just run to the mission field to save souls rather than transform lives and communities using their gifts and those of the people they live among. Both lead to emptiness and burnout.

The concept of multidimensional discipleship is essential as we consider how to retain a radical discipleship that is multiethnic, intergenerational, and includes singles and families. Otherwise we will just end up surrounded by people who look like us, think like us, and respond to the gospel in exactly the same way we do. And that would rob us of the gift of community and of what it means to be a body with many different parts. What an extraordinary thing it must have been to sit around a table with that eclectic mix of Zealot revolutionaries, Roman tax collectors, peasants, Samaritans, prostitutes, and fishermen, all conspiring to find a radical new way of life.

In the early church, whenever converts sought baptism, their entire careers were reimagined. Just as baptism was a symbol of people’s dying to their old lives and rising to new ones, so there was the very real sense that the old ways of living were gone and something new was here. For some, like the tax collector Zacchaeus, whom Jesus calls down from the sycamore tree where he had climbed up to see Jesus from a safe distance, the face-to-face encounter meant that his career was radically redefined — socially, economically, politically. He does not sell everything, but he sells half of everything, and then pays people back four times what he owed them, enacting the ancient Levitical teaching of Jubilee where debts are forgiven and possessions are redistributed. (We need some Jubilee tax collectors!) Zacchaeus was still a tax collector (though he may have gone broke eventually), but now he was a different kind of tax collector. For others, the encounter with Jesus meant that they needed to leave their jobs, like another tax collector named Levi (Matthew). He meets Jesus and leaves it all behind, inviting his tax collector friends to join the movement.

military constable must be forbidden to kill, neither may he swear; if he is not willing to follow these instructions, he must be rejected. A proconsul or magistrate who wears the purple and governs by the sword shall give it up or be rejected. Anyone taking or already baptized who wants to become a soldier shall be sent away, for he has despised God.” Many of us feel an inner collision between the old life and the new one. One executive told me he sold his entire company and didn’t even keep any of the money, because it had only made him miserable. Another executive told me he was trying to implement a sliding-scale wage (based on family size) that valued everyone equally, so the CEO was not making more money than the janitor or receptionist. One friend in the military left because of his reborn identity and is now painting murals and preaching nonviolence with us here in Philly.

It’s sort of like if you work for a porn shop and have a conversion experience. Most of us would probably agree it’s a good idea to rethink your career track. But why wouldn’t we do that for other born-again disciples? What if someone works for Lockheed Martin (the world’s largest weapons contractor) or a notorious human rights abuser like Coca-Cola or Nestle or Disney or Gap? We have had many people — professionals, parents, economists, nurses, military officers — come through our community and begin asking fresh questions about their vocation, what the voice of the Spirit is calling them to do with their lives.

Not everyone responds exactly the same way. Some will give up their houses and leave their fields. Others will offer their possessions to the community and form hospitality houses like Mary and Martha, and Peter’s family. Others will hold back from the common pool and lie to God, and they will be struck dead like Ananias and Sapphira. (Just kidding, hopefully . . . ) There are the Matthews who encounter Jesus and sell everything. But then there are also the Zacchaeuses who meet Jesus and redefine their careers. So not everyone responds in the same way, but we must respond. We must seek our vocation listening to the voice of God and the voices of our suffering neighbors. Both Zacchaeus and Matthew responded to the call of Jesus in radical ways that did not conform to the pattern of the world.

Excerpt from The Irresistible Revolution by Shane Claiborne. © 2006 by The Simple Way, published by Zondervan, used by permission. 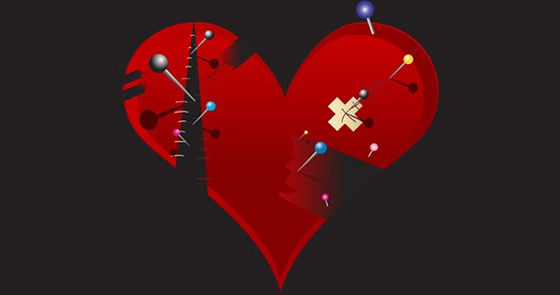